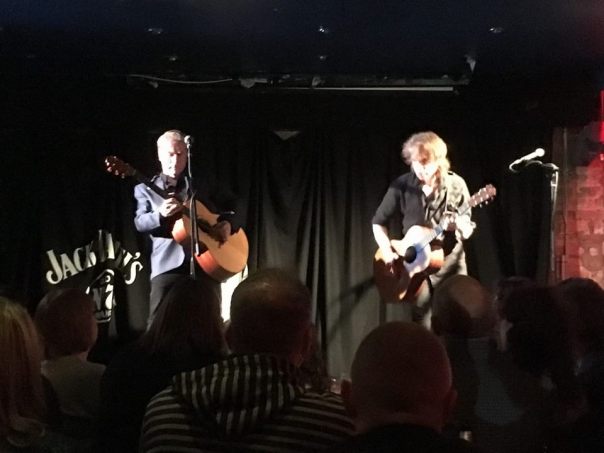 I am a creature of habit. On December 30th last year I went to see The 4 of Us in Dolans Upstairs. I had an excellent time in spite of (or perhaps  because of ?) being on my own. I wrote an account of this gig in my final blog post of 2016 – HERE.

When I saw that the band were playing in the same venue on the exact same date this year, I decided to give it a miss. Much as I enjoy a solo gig, there’s something better about having a buddy with you when at a concert. END_OF_DOCUMENT_TOKEN_TO_BE_REPLACED

Christmas was gluttonous. Some exercise was needed. What better way to stretch one’s legs, while communing with nature, than a canal walk from the city, to where the canal joins the river, and onward to the University of Limerick, along the banks of the River Shannon. END_OF_DOCUMENT_TOKEN_TO_BE_REPLACED

Today is the shortest day of the year. The winter solstice. The day that the pagan Vikings threw their almighty winter bash to lift their depleted spirits, during this grimmest time of the year. The time of year into which the Christians installed Christmas – to replace the winter solstice. After all when you are replacing one set of beliefs for another, you need to make damned sure you keep the fun parts of the old traditions, or your new superstitions won’t be greeted with open arms.

Seeing as the day today is so short I may as well make use of the candlelight to write another year end list. This time for your reading delectation – the list of theatrical extravaganzas I have attended, written or participated in this year. END_OF_DOCUMENT_TOKEN_TO_BE_REPLACED

I shot up in my bed, and shivered. I couldn’t see my face, but if I had been able to, I suspect that I would have been as pale as a ghost. I glanced at the alarm clock of hatred, sitting on the bedside locker beside me. It was 3.30am. I felt relieved. I had another four hours left to sleep.

Staggering to the kitchen, I opened the cupboard and selected two of McVitie’s finest digestive biscuits. I was distressed and sweating. Some sugar would help. I don’t think the low blood sugars were the only cause for my concern however. The content of my dream had been most troubling.

The dream had involved a scenario in which the leader of North Korea – murderous dictator Kim-Jong Un –  had romantic designations on me, and wanted to make me his love slave. He had been chasing me through the rooms and dungeons of King John’s Castle in Limerick City, demanding that I requite his love. END_OF_DOCUMENT_TOKEN_TO_BE_REPLACED

It’s been years since the Mammy went to the Milk Market in Limerick. She was in need of broccoli and spuds. One can purchase these in a supermarket of course, but that’s not exactly a morning out. We decided to go on an adventure for my weekend at home. To the market. END_OF_DOCUMENT_TOKEN_TO_BE_REPLACED

My second consecutive weekend in Limerick was to start with a dose of culture. I was going to Dolan’s on the Dock Road, for the 8 p.m. performance of ‘Drinking in America’ by Eric Bogosian. It’s a one man show, produced by Bottom Dog Theatre Company.

I was attending with a friend from home. Or so I thought.

Dolans’ is an amazing venue, comprising of four separate spaces – the pub which does a smashing meal; the Warehouse which is the large live music venue out back; the Kasbah Social Club which is the club space; and Upstairs – a more intimate performance space. The latter was the venue for this evening’s entertainment. It’s got a supper club kind of vibe – where you can watch music or theatre, seated at a table while drinking a big bag of cans – or rather a glass of beer poured from the tap by the barman in the venue.

Arriving about fifteen minutes before showtime, my clever-phone buzzed. A message of despair and apology. Well I guess I’d be seeing the show on my own then. No harm – if you can’t enjoy your own company then how are you meant to enjoy other people’s.

I flounced to the bar and ordered a pint of Hophouse.

As I was waiting a gentleman close by, smiled at me. I smiled back. How friendly people are in Limerick, I thought to myself. He approached me and said ‘hello’.

Slightly confused I said ‘hello’ back. That’s a bit too friendly, I thought.

‘Are you the person I arranged to meet?’ he asked.

The penny dropped. He was on a gay blind date. Probably arranged on Grindr. And I must have looked vaguely like his date.

I gave him a quick once over. Quite presentable. For a brief moment I thought of replying: ‘Why yes I am. Let’s  go see this play then.’

Before this could happen, some other bounder approached, tapped my potential suitor on the shoulder, and introduced himself. He looked nothing like me. Clearly this Grindr introduction had been made through the exchange of torso photos. Looking sheepish they practically sprinted away from me. Understandable. I was the other man, even though I had no knowledge or intention of being this.

Forlornly I climbed the stairs and found a suitable seat – good view of the stage, but not sitting like an obvious sore thumb in the middle of the room.

The stage was already set. Jazzy music playing in the background. A guitar player (Steve Ryan) strumming his instrument on the stage.

The lights dimmed, the compere showed us the emergency exits and instructed us to turn off our phones.

The actor made his way to the stage. The show began.

It’s a play that was written in the 1980s and it concerned the impact of booze and drugs on twelve individual characters in that greedy decade. From an industrial ceramic tile salesman, chatting up a prostitute at a sales convention in Texas; to the homeless guy shouting at passersby in New York while lying about his imaginary wealthy lifestyle; to the snooty British actor playing the all American hero in a beer advert; to the coke and booze addled agent doing deals for actors and producers from his LA apartment. To many more.

Liam O’Brien played all the characters, switching an item of costume or prop, to indicate a scene change. The talented guitarist provided the soundtrack to each segment (a bit too loudly at the beginning but that’s a minor quibble – I don’t like to strain, to hear because I am as lazy as sin.)

The pieces were all interesting in their own way. Some seemed slightly dated for the year 2017 – the 1980s mobile phone looked like a cement block; Richard Chamberlain mentioned as a heterosexual leading man?

Others seemed current – particularly the raging preacher, condemning the immigrants and the degenerates. This character could be called Trump-esque in fact.

The saddest segment (while the play was very funny, as it was being told through the prism of a gin bottle, there was a sad, grimy edge to all the stories) was the man with the perfect life, and the perfect wife, drowning his sorrows, sitting alone at a random bar. It reminded me of people with perfect Facebook lives.

The final piece was about a drunken Irish bum, living on the streets of New York, berating himself for his failure in his life. Speaking to the audience, he told us that our success was merely the flip side of his failure. It was unsettling. I felt like replying ‘Hey listen Mister, I was stood up by a friend tonight, and was actually contemplating breaking up a blind date a mere hour ago. Don’t be looking at me as any emblem of success.’

The performance by Liam O’Brien was remarkable – playing such a range of characters, with such an array of accents, moving with such ease between the roles. It was highly impressive.

It was an entertaining, thought provoking, hilarious and upsetting piece of theatre. The crowd seemed to enjoy it. I know I certainly did.

The Limerick show is the start of a national tour. Check your listings and go see it when it comes to your town.

END_OF_DOCUMENT_TOKEN_TO_BE_REPLACED 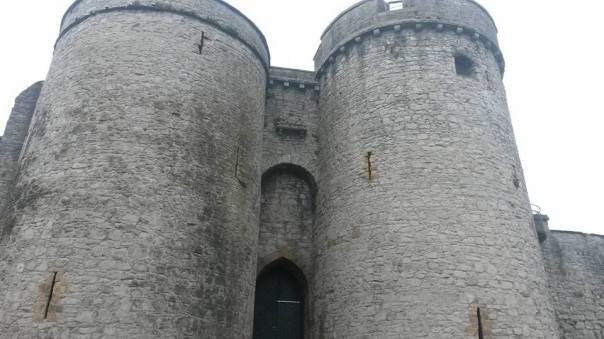 Having crossed the country yesterday evening, to spend the weekend in my hometown of Limerick, I was a man on a mission today.

I wanted to explore some more of the city in which I grew up, but knew very little about (we grew up slightly out of town so excluding occasional trips with the parents, we stayed rather local to our own neighbourhood). END_OF_DOCUMENT_TOKEN_TO_BE_REPLACED

As I sat in the waiting area of Heuston Station for my train to Limerick, I heard a deep sigh to my right. Well, well, well. What was this? A visually appealing gentleman in his late twenties, with his arms crossed, huffing and puffing. I looked away. I’m not good with small talk. Especially when someone looks anxious. END_OF_DOCUMENT_TOKEN_TO_BE_REPLACED

Later this afternoon I will travel to the homeland. To Limerick. Home place to Terry Wogan; Richard Harris; The Cranberries; Ruth Negga and Donkey Ford’s fish and chip shop. Incomprehensibly I have never partook of the deep fried goodness on offer in the latter location. Donkey Ford’s is a Limerick legend. A fast food emporium that has won national awards for its greasy goodness. END_OF_DOCUMENT_TOKEN_TO_BE_REPLACED