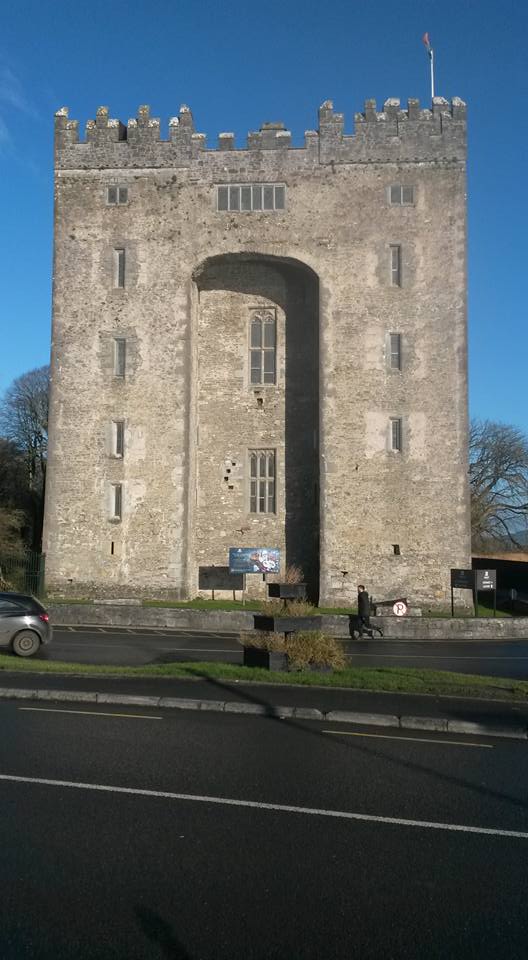 I am in Limerick again this weekend. This is the third consecutive weekend I have spent here. Granted the first two coincided with Christmas but that’s irrelevant. It means that I have had a growing urge to explore the region.

For today’s amusement I took a trip to Bunratty Castle and Folk Park. This place is an icon of my childhood. Located about seven miles from the city, on the way to Shannon Airport, it looms majestically over the dual carriageway, whispering greetings and welcomes to the transatlantic visitors in Ireland, in search of their roots.

Many is the school trip I made to this place. My most recent trip was as a very young adult.

Fresh from college, newly supplanted to Dublin, the sports and social club at work arranged a social excursion – an evening banquet in the Castle. The mead flowed, the laughter was hearty and the food filling. Afterwards we went next door to Durty Nelly’s Pub before heading back to the city for a nightcap in the Glentworth hotel. I will only briefly mention the trollopery of a colleague and her encounter with the English tourist. What happens in Limerick, stays in Limerick.

The following day I bid my colleagues farewell as the minibus transport whisked them back to the smoke, and I went home for the weekend.

As it was the first week of January there was very few visitors to the castle and park today. This was a relief. I imagine it gets jammed during tourist high season. Being a person of little patience, this is not a situation that I find pleasant. Today was wonderful though. The sun was shining and the pathways around the folk park were vacant.

The folk park comprises of houses, cottages and streets from Ireland of a bygone era – the thatched one room cottages of landless labourers before they all died out or emigrated during the Famine; the fishermen’s cottages; an old Church of Ireland chapel; an atypical 19th century village street with all the businesses that would have operated in it. 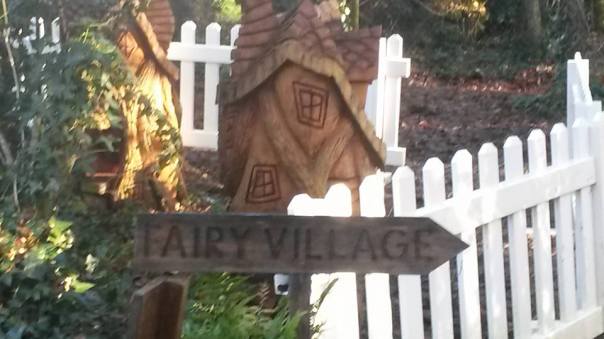 The centrepiece of course is the castle. Bunratty Castle was originally a wooden structure built in 1250. The current stone incarnation was built in the 1450s. It fell into ruin some centuries later before being restored between 1954 and 1960 by the Viscount Gort, with the assistance of the Office of Public Works. He gifted it to Ireland upon his death.

I was impressed by how modern it all appeared – a grandiose Johnny-Come-Lately castle compared to King John’s Castle in Limerick city which predates it by a few centuries.

The great hall must have been the scene of some fine parties during its hey day.

I spent an enjoyable few hours exploring the turrets and battlements, before heading back to my bus. The following bus was two hours later, and my time in the castle and the grounds was done. I could not be late.

Waiting at the bus stop, a souped up, 1980 Ford Cortina stopped. The driver poked his head out the window and asked if I wanted a lift. Sadly he was not going as far as Limerick, so I had to decline. A shame. Roaring along the roads of county Clare in a blinged up Ford Cortina sounded like the perfect end to an enjoyable afternoon.