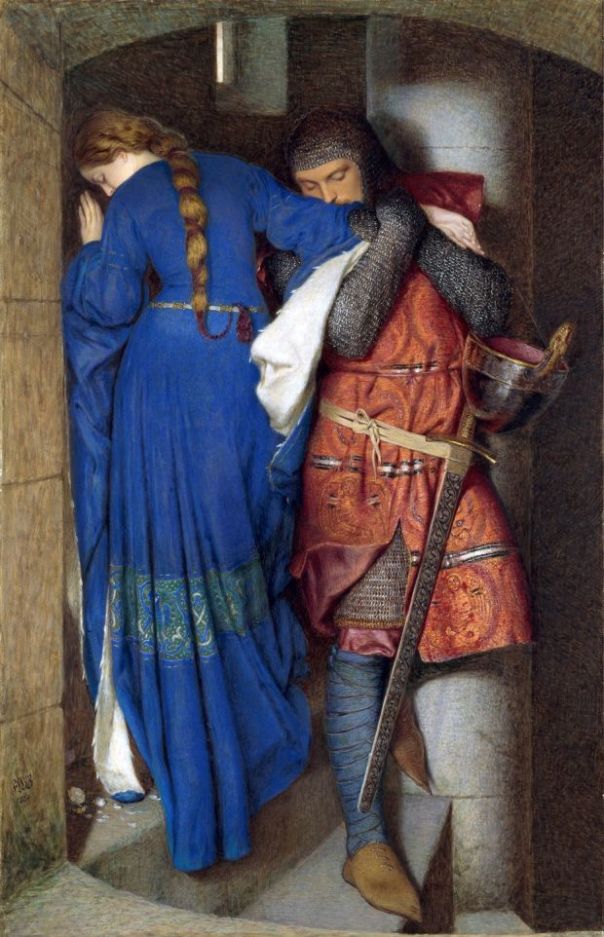 Some months ago I was invited on a guided tour of Dublin being organised by a group called ‘Dublin Decoded’. I didn’t investigate the event too much. As the people who invited me have impeccable taste, and I’m weak for guided tours, I suspected I would be in safe hands. Well yesterday was the date of the event. I glanced at the ticket. It was called ‘Dublin’s Great Lovers and Romantics: A walking tour of art and of history’, which seemed appropriate given that Valentine’s Day had occurred a couple of days earlier. Despite my devil-may-care-Texas-playboy demeanour, I would be able to enjoy such an excursion. Further details revealed that the two hour walking tour would be split into halves. The first hour would be inside the National Gallery of Ireland (the congregation point). The second hour would be in the streets outside.

I was slightly apprehensive. That weekend had seen rain of a coldness, bleakness and persistence that is unique to Ireland. The type of rain that sees your feel squelching regardless of how well you’ve wrapped up. It was a risk I’d have to take – my ticket had been paid for and fear of a drop of rain didn’t fall within one the categories justifying free cancellation.

The love tour of the gallery was excellent. In fact I need to rethink my visits to the National Gallery. Normally when I visit I start out positively, taking in the wonderful works of art. The gallery is massive however, and after about an hour my eyes glaze over and I become overwhelmed by the sheer scale of the place. I dash about in a panic trying to absorb it all, and inevitably give up. A guided tour is far more digestible. Our guide Aaron Henderson took up to view various paintings in different locations. 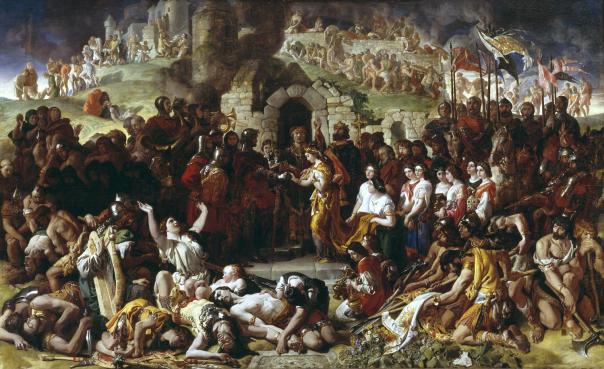 The theme was love and the paintings were very beautiful – from ‘The marriage of Strongbow and Aoife’ from 1854 by Daniel Maclise, which despite its romantic image has become symbolic of the forced nature of the marriage between Britain and Ireland (even though this was never the artist’s intention); to the achingly romantic ‘Hellelil and Hildebrand, the Meeting on the Turret Stairs (1864), by Frederic William Burton – a stunning painting that tells of the tragic love story between a princess and a lowly knight, that was painted in watercolours and has been voted Ireland’s favourite painting. ‘The Funeral Games of Patroclus’ (1778) by Jacques-Louis David gays things up somewhat as Achilles stands beside the funeral pyre of his lover Patroclus. Being guided to paintings on a specific theme, while learning of the background, meaning and history of the pieces makes this tour enjoyable, engaging and informative. Far more so than being let loose on my own and trying digest everything. While it did not feature on our tour I was deeply impressed by the three-storey-high wall mural ‘Finding Power’ by Joe Caslin who created the iconic outdoor marriage equality mural on South George’s Street in 2015.

After an hour on the theme of love in the National Gallery we ventured outside for a tour of historic buildings with literary and political significance, and that had love connections – from Oscar Wilde’s childhood home; to Leinster House – Ireland’s current parliament building that was once home to the Duke and Duchess of Leinster – a couple that claimed to have had nineteen children. The last one however was the result of a love affair between the Duchess and her children’s tutor, who she married a scandalously short time after her noble husband croaked it. The ghost sign of ‘Finn’s Hotel’ is still etched on the wall of the building where James Joyce met Nora Barnacle when she worked as a chamber maid in the hotel.

This was all fascinating stuff – I know many of the buildings mentioned but to hear what had occurred in them brought history to life for me.

The ‘Dublin decoded’ tour was a captivating way to spend a rainy Sunday afternoon. Other literary and architectural tours are offered. I’ve signed up to the mailing list. I’ll be going on another.

1 thought on “Dublin decoded – a guided tour about love”