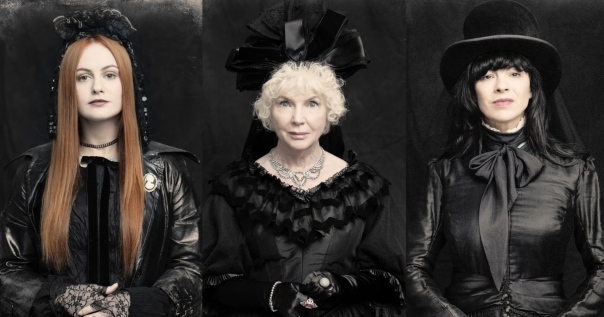 It’s the most wonderful time of the year at the theatre. When the aim of the show playing is not to educate the public, or to revolutionise the theatrical artform, but instead to please the masses with accessible, entertaining shows. Attending the theatre as often as I do, has shortened by patience for ‘brave’ or ‘groundbreaking’ works – despite the best intentions the results can be very lacklustre. Not so the Christmas shows – these tend to be long running productions that are required to appeal to a wide audience for extended runs. And to set the playhouse up with a healthy budget for the year ahead, no doubt? Having been impressed with the hilarious ‘Drama at Inish’ in the Abbey a few weeks ago, my expectations of the Dickens’ seasonal classic ‘A Christmas Carol’ at the Gate were high.

It did not disappoint. This new version of the tale is  written by Jack Thorne and directed by Selina Cartmell. The stage is in traverse, a raised platform between two banks of seats through which the cast come and go. Owen Roe as Ebeneneezer Scrooge is the miserly old geezer of infamy. His past is explained through the apparitions of the ghosts of Christmases past, present and future, who recount the tale of his early life and loves, and how he became such a twisted and bitter moneylender.

It’s a really lovely telling of this old tale of redemption. Roe is magnificent as the malevolent old codger Scrooge who is confronted with the horrible reality of his miserable life. The three ghosts (Fionnuala Flanagan, Camille O’Sullivan and Kate Gilmore) are suitably creepy; and Hugh O’Connor is charming as Bob Cratchitt.

I might be a tired old cynic but the whole experience was moving, uplifting, heartwarming. And incredibly festive – from the staging, to the bellringing, to the costumes.

I am very happy that I exited my fiftieth and final play of the year with a tear of joy in my eyes instead of a ‘Bah humbug’ on my lips.

‘A Christmas carol’ runs until January 18th. It’s a triumph of a show. Go see it.

1 thought on “Theatrical: ‘A Christmas carol’ at the Gate”