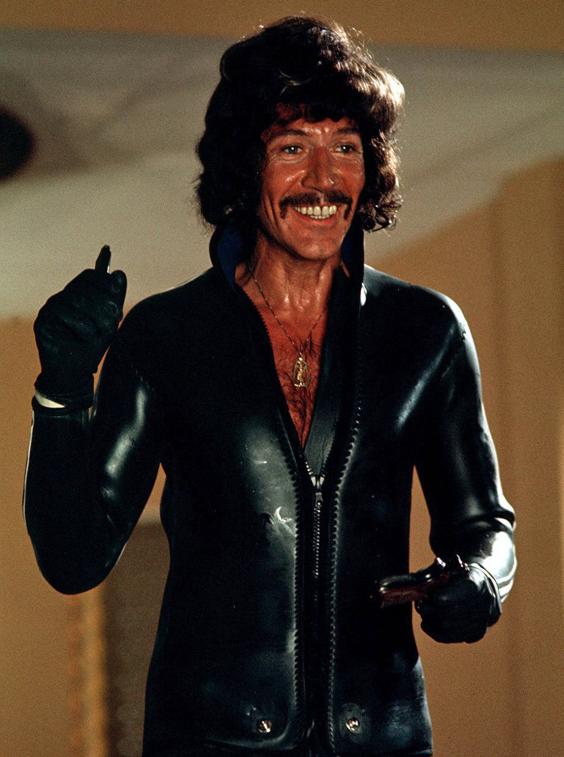 The Morrissey concert on Tuesday night was very impressive. The man remains in fine baritone voice, with effortless charisma and stage presence.

Upon arrival in the 3Arena we were greeted by a huge white, cloth screen covering the stage. On it was projected the image of Peter Wyngarde – the recently deceased lothario actor who was renowned for his suave, sophistication, as well as playing the TV detective Jason King in the late 1960s / early 1970s. His television career ended with an unfortunate series of cottaging incidents in Gloucester Bus Station in the mid-1970s. He never officially came out.

There was no support act. About half an hour before ShowTime; the lights darkened. On the screen videos started playing of various songs in various styles by a series of artists who have influenced or entertained Morrissey – James Brown; the Human League; The New York Dolls; Dionne Warwick; the Russian, faux-lesbian band t.A.T.u doing a cover version of ‘How soon is now?’ by the Smiths. Most entertaining.

When the screen collapsed onto the stage and was removed by the stage hands, the crowd exploded. It was Morrissey time. At the back of the stage was a wide video screen onto which images and videos were projected. Morrissey is an imposing gentleman – tall and broad-shouldered – who prowled that stage. I loved the nod to his Irishness when he greeted the audience with a ‘Hello Baile Atha Cliath’ (Irish for Dublin) He sang a handful of Smiths songs ‘I started something I couldn’t finish’ and ‘How soon is now’; some of his old solo hits ‘Suedehead’; ‘Every day is like Sunday’; ‘Hold on to your friends’; some songs from the latest album ‘Low in High School; and some cover versions – including and Elvis and a Pretenders’ number. Before the obvious encore ‘Irish Blood, English heart’.

The video screens in the background changed with each song and often seemed to reflect the spirit of the song. Being a committed (some might say militant) vegan and animal rights’ activist (as evidenced by the PETA heads handing out flyers prior to the show) a lot of the videos were distressing and graphic – just picture the video used for ‘The bullfighter dies’. I felt quite self-righteous. Three days earlier I decided that I was now a temporary vegan. In the three days prior to the Morrissey concert I did not consume any animal products. I wasn’t going to be judged by Morrissey. The vegan phase of my life is now over.

All told it was a cohesive, solid, enjoyable show by a wonderful singer.

However an unexpected element of this blog is to describe the behaviour of certain members of the audience.

Or to be more specific the knuckle draggers in the row behind me. I noticed them first about ten minutes into the show. The middle-aged woman with the high pitched voice, engaged in conversation with the man beside her. The chat had nothing to do with the concert – it was just babble. However she did squeal like a stuck pig at the end of each song, to display that she was enjoying the show. I glanced round surreptitiously. She was a large woman; with a hideous, bleached blonde hairstyle, where the hair grows longer on one side of her head, than on the other. She was wearing shovel loads of make-up and her nails were covered in frosted pink varnish. I suspect the cosmetics had been tested on animals. Her clothing was clearly expensive, which didn’t make it any less unattractive. Lace and tassels is not a look that works. On anyone. Her aura of naked aggression, entitlement, and the look of petulance on her face, while she brayed at the top of her voice gave me pause for thought. It was probably unwise to ask her to shut her pie-hole.

Her husband sat beside was an even more terrifying prospect. Corpulent and ginger bearded, he had a piggy-eyed, puffy face – the reward for years of heavy drinking it seemed. His pendulous belly, oozed from the top of his jeans. I don’t want to stereotype what domestic abuser looks like, as it can be anyone. This guy definitely looked like he was no stranger to violence though.

He was attending the concert solely to hear ‘Irish blood, English heart’ as that was how he would describe himself.

They had travelled from Manchester for the show, with their stout son, who was sulking and disengaged on the seat beside them.

I leaned forward in my seat – having taken the executive decision not to confront them. Sometimes you just know that it is better to avoid conflict. The move muffled their chatter somewhat. The noise from the audience was uproarious.

It seemed like such a bizarre way to spend an evening – why would you travel to another country, spend hundreds of euros on tickets and then ignore the excellent show, to have a chat about drivel.