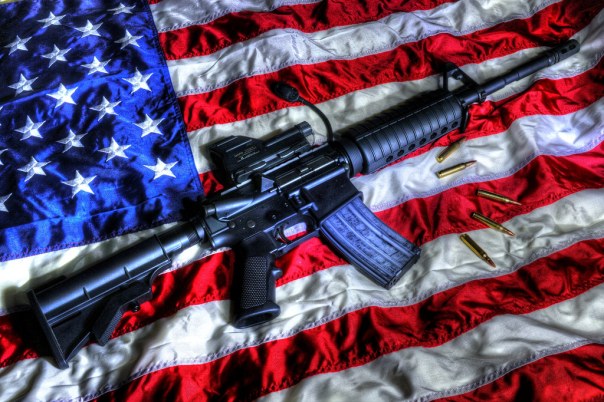 This post is just a series of random thoughts, strung together in a haphazard way – I may feel different tomorrow.

I have an admission to make though – I never read news about American politics or American gun massacres.

I am aware that Donald Trump is the US president, but apart from what I glean from the headlines in newspapers or online news sources. I have absolutely no deeper interest in his policies or presidency. This disengagement from reading about American politics had started a few years before the grotesque 2016 presidential race. It all seemed so pointless. American politics is so candidate driven, and so poisonously vicious that it would give you a hernia to read too much about it. Imagine a country that elects a reality TV star to lead the country?

All the while it is a 2 party system, and uses such a primitive first past the post system of election (alongside the electoral college) that makes it is virtually impossible for a new party to form or gain electoral seats.

In all the major events of the past two centuries – the American Civil War, women gaining the vote; two world wars; a civil rights movement – the same two parties maintain their stranglehold on the fake US democracy. That just seems odd.

These days, both parties seem to be owned lock, stock and two smoking barrels by corporations and banks and owe their continued existence to these vile entities. There might be some cosmetic differences between the parties on social wedge issues – abortion; homosexuality; immigration etc. But the idea that capitalism itself has now failed the country, and has made the US one of the least socially mobile countries in the world is regarded as commie extremism.

The lie persists that 22 year olds entering the workplace burdened with a quarter of a million dollars in college debt, have a bright future.

The idea that it is vile and evil to allow insurance and pharmaceutical companies make billions in private profit from people’s health problems; is regarded in the same way as worshiping Satan is.

The idea that everyone should have equal opportunity is ignored.

The notion that the government needs to strictly regulate banking and corporations, and that they need to be taxed at fair rate is viewed as Stalinesque.

Yet somehow the two parties that allowed this to happen and who can never be replaced, are trusted to fix this? Don’t make me laugh.

So I tuned out. Is Donald Trump worse than Hillary Clinton? Indubitably. Was Hillary Clinton going to regulate the banks and corporations; make them pay their fair share of tax and provide universal healthcare; force companies to pay a living wage and allow students exit university without a lifetime of debt to pay? Absolutely not.

The policy of making everyone entirely responsible for themselves, regardless of their health or age, without any sort of collective safety net is spreading to Ireland. The Fine Gael government is engaged in a campaign to normalise homelessness and house evictions.

Then we have the weekly gun massacres in the US. Performed by US citizens who are allowed to wander into a shop to buy weapons of mass destruction, and then annihilate their fellow citizens; and the refusal of the US government to address this, is probably a very obvious example of the major identity crisis the US is now facing as a country.

The 2nd Amendment to the US constitution permitted people to own weapons, three hundred years ago. In 2018 the 2nd Amendment is clearly no longer fit for purpose and is now simply a horrible excuse for vile people to own murder weapons, and to enable lunatics to commit massacres. In schools, in kindergartens, in nightclubs, at home, in supermarkets, at concerts.

I don’t read the details of these massacres. What’s the point. There will be another one next week. And nothing will be done. When the Sandy Hook massacre happened and nothing was done to restrict gun control, I tuned out.

You reap what you sow. The call to arm teachers to prevent future school murder is so asinine, so offensively and deliberately stupid that it would make you despair.

So I tune out.

The urgent need for change is ignored. as certain big business doesn’t seem to want it to happen.

Despite being nice in theory, socialism doesn’t work in practice.

So what is the alternative to neo-liberal, free-market capitalism? Because this has clearly failed?

Answers on a postcard please.

1 thought on “Mental babblings of a malcontent commie.”