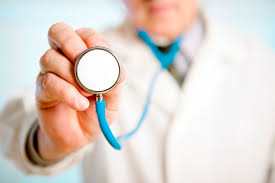 I have been at my present job for just over a year. As a precondition to starting work I needed to pass a medical examination by the company doctor. Obviously I passed as  my presence here on a daily basis would otherwise be  strange. Each year a follow up medical is mandated.

Today at 8.30 – having endured a fifteen hour compulsory fast – I attended this appointment.

I was not in a good space mentally. Normally I will roll into work somewhere a few minutes before 9.30. In my (biased) opinion this is torture. requiring as it does, me to prise myself from the grip of my tomb at 7.45. I know that for people with young children, or an earlier start at work, this is a great lie-in. I am not a morning person and I never have been however. I tend to be more vampiric in the hours I keep.

This morning – in the dead of winter and the pouring rain, I was up at 6.45. I plodded to the bus-stop of gloom for 7.30. I was forlorn – not even allowed to drink a mug of refreshing coffee to give me a caffeine kickstart.

The rain was relentless, the footpath slippery. It was a fluke that I didn’t end up face first in a muddy puddle.

I recognised nobody on the bus – being an hour earlier than usual I guessed that my regular morning crew were not yet ready face the day.

When I arrived at work it was still dark. It was still wet. And my despair had turned to panic.

I was having a medical. I was obviously going to fail it, be rushed to hospital and be told that in order to survive Christmas I was going to have to switch to a permanent died that was celery and sprout based.

This is not some latent hypochondria on my part. As I’m diabetic- since the age of four – I understood that when you mention this condition to a medical person, the tendency for them is to take you and your symptoms more seriously. They’ll give you that extra test ‘Just to be safe – you know yourself.’ Know what myself?

Well that has been repeatedly explained to me by well-wishers who, when they find out that I’m diabetic may tell me ‘Oh I had a diabetic aunt’.

I wait for it – as I know the story is not over yet.

‘She died a horribly painful death, after having had both legs amputated.’

I wonder how I am meant to respond to that.

Usually a murmured ‘How lovely’ tends to silence further discussion.

Or the tale about how someone’s granny went blind from being diabetic after a series of strokes (but at least she managed to hold on to one of her legs, despite the massive  nerve damage in it. )

I don’t want to belittle these experiences or laugh at them. But neither do I want to hear them. The sad fact is that these complications from the condition are common and some may say are eventually unavoidable.

But am I meant to have some added empathy for these tales of woe? Perhaps I am. But I am a bad diabetic and want to tell them to shut up? Sorry about your uncle, granny, cousin, whoever, but that’s none of my business and I don’t want to hear about it.

Having faced the doctors since the age of four has made me blasé on the one hand. There’s not really much they can tell me about my own condition that I don’t know myself. But thanks to the stories I am nervous that the next time I go I’ll be told that my leg simply has to go; or that eyesight is over-rated anyway, and wouldn’t the challenge of learning Braille be exciting – although extra challenging thanks to the nerve damage in my fingers?

I end up in a blind panic expecting the worst.

This morning as I sat in the nurses’s waiting room (which smelled like waiting rooms the world over) I comforted myself by silently singing ‘Hold me now’ by Johnny Logan. I pictured myself in my white suit, singing for my country.

As my inner voice reached its crescendo singing ‘My Love for you will go on and on and HOLD ME NOW’ she called me in her room. She took some bloods, she checked my eyes, she checked my hearing, she asked me to blow into a tube. She asked if I’d like to see the doctor in January. I said yes.