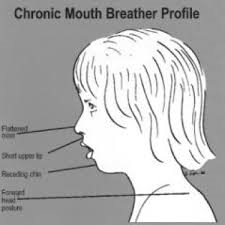 Before I begin, I need to stress that this post is entirely hypothetical and has absolutely no basis in reality, whatsoever. (*Coughs*).

Imagine you had an colleague with whom you had a strained relationship. Let’s pretend her name is Mouthbreather, and that she has the complexion of an uncooked potato – which is quite appropriate given her penchant for wearing outfits that resemble potato sacks.

Imagine that she had been responsible for training you to do your job, but had given a deep, heartfelt sigh of despair every time you asked a question during your early days.

Ponder the possibility that each time you asked a question the response would be a groan. Or ‘I explained this already, why didn’t you take notes?’ Or ‘Didn’t you say you’d done this in your old job?’ (Clearly not – why would I be asking this question had that been the case). Or ‘I am really concerned about your work.’

Contemplate a situation where whispered conversations with other colleagues are standard.

Picture the scenario where if you try to make a comment or ask a question the response is ‘Excuse me – I am busy.’

Imagine sitting diagonally opposite such a person but never seeing them as they have strategically placed large photo-frames containing images of their pie-faced offspring, so that they never have to look at you (this action is mutually beneficial I grant you).

Now imagine a world where this person has resigned from their job and will be leaving in a fortnight.

What if another colleague (quite a pleasant one) had a card and an envelop on her desk and who has sent an email to all the other staff to write a farewell message to Mouthbreather and to contribute some money for a farewell gift for her.

What would you do?

The options are varied.

Do you ignore the card and leave it unsigned? This option is tempting.

Do you  sign the card with a very short bland message which just about acknowledges them (but not contribute a red cent to the gift of course)?

Do you write a completely fake message expressing your sorrow that they are leaving (which may unnerve them). Obviously not a penny will be contributed to their gift.

Do you tell the truth? That the thought of them leaving fills your heart with joy?

I am thinking I’ll be going with option B – a short message which just about acknowledges that they are leaving, and nothing more.

Tempting as the other options may be. it’s important to remember that these people are colleagues (imaginary ones at that, as this is merely a theory I am expounding on). They are not my friends. They don’t care about me (and that lack of feeling is entirely reciprocated).

I’ll try to be the bigger person here.

Regardless of what I do – this imaginary person will be gone by January. And that’s a positive outcome regardless of the circumstances.