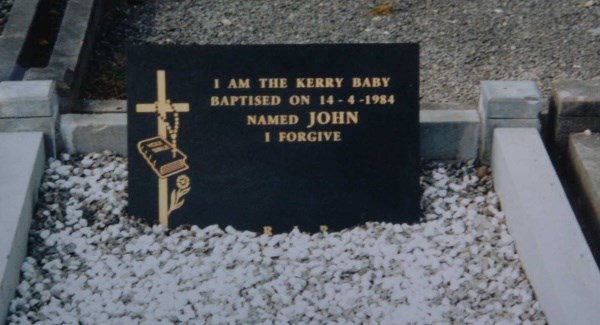 I was a child when the Kerry Babies case was the biggest news story in the country. I can remember it being splashed all over the news, and can recall the bare bones of the story. I can remember the picture of Joanne Hayes on the front page of every newspaper, every day for what seems like months, during the Tribunal of Inquiry into the original case. I can remember my father describing it is as a horror film.

It is only now – thirty three years after the events – when the Gardai are reopening the cold case murder, that the true horror of how the case was investigated becomes apparent to me (I was a child back then, it was already apparent to lots of other people.)

Some basic facts are clear. A farmer went jogging one morning in April, 1984, on White Strand Beach in Caherciveen, in south County Kerry. He discovered a plastic bag containing the corpse of a new born baby boy – named ‘John’ – who had been stabbed to death, twenty-eight times.

The police started investigating women who had been pregnant in recent months.

Joanne Hayes, 25, lived on her family’s farm Abbeydorney, north county Kerry – eighty kilometres from Caherciveen. She had recently been pregnant but there was no baby. She was charged with the murder of the Caherciveen baby. She and her family admitted to the murder.

Except it turned out that the dead baby was a different blood type to Hayes and she couldn’t be the mother. Hayes who had been pregnant by her married lover – Jeremiah Locke – had given birth at home. Her baby had been stillborn. She buried it on her family farm in secret, with the assistance of her family. The murder confession had been coerced out of her by the police, through violence and intimidation. The police persisted with their claim that Hayes was the killer of the Caherciveen baby– thanks to super-fecundation – an extremely rare situation whereby a woman can become pregnant with twins, with eggs from the same menstrual cycle, by two different fathers simultaneously. Apparently this occurs occasionally via IVF, but the chances of it happening through normal means is so infinitesimal that it’s not worth considering.

Charges against Hayes were dropped.

A tribunal of inquiry was set up – to investigate the police investigation – in 1985. The judge ruled that Hayes had strangled her baby and buried it. This was despite the fact that the state pathologist John Harbison giving his expert opinion that there was zero evidence of to show this. The judge also ruled that the police had not intimidated or assaulted Hayes and her family.

She was not charged with any crime. All the time while this was going on, there was no efforts being made to find the killer of the Caherciveen baby.

DNA samples from this baby’s blood have now been developed and the investigation into his death has been reopened.

He is buried in Caherciveen. His parents or killers never discovered. His gravestone reads ‘I am the Kerry Baby’. It has been repeatedly vandalised by people unknown over the years.

The police have yesterday issued an unreserved apology to Joanne Hayes. The unsolved case will be investigated from a 2018 perspective in terms of its attitudes to women.

The case is regarded in 2018, as a stain on Ireland’s reputation. How abominably the society treated women, and unmarried mothers in particular.

I doubt somehow that the case will be solved now. But we can live in hope.

2 thoughts on “The Dark Tale of the Kerry Babies”