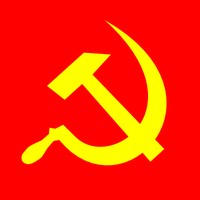 ‘All I want for Christmas’ by Mariah Carey ought to have a subtitle. The subtitle would read ‘Workers of the world unite, you have nothing to lose but your chains’.

Not only is it Mariah’s magnum opus – in fact her only good song – it is simultaneously extremely catchy, and a clear criticism of the excesses of festive capitalism. It’s basically the ‘Das Kapital’ of Christmas music.

Take, for example, the opening lyrics: “I-I-I don’t want a lot for Christmas / There is just one thing I need / I don’t care about the presents / Underneath the Christmas tree.” What Mariah is really saying here is: “Capitalist production, during the Christmas season, produces not only commodities, not only surplus value, but it also produces and reproduces the capitalist relationship; on the one side the capitalist, on the other the elf-labourer.”

By bravely rejecting consumerism, commercialism and capitalism with her declaration ‘All I want for Christmas is you’ Mariah seems to be staking her claim to the title of ‘Queen of the proletariat’.

These stories of her demanding fans be hired to scream for her as she attends TV interviews; or the tales that she hires a personal assistant to carry her umbrella for her; or allegations that she wants puppies to greet her in her dressing rooms, are clearly the machinations of the grasping capitalist overlords to discredit this Marianne; this noble symbol of the downtrodden worker.

‘All I want for Christmas is you’ is my favourite Mariah Carey number. Perhaps the fact that it is wheeled out for only a few weeks each year, makes me love it so. It doesn’t suffer from overkill. It radiates an absolute joy. Perhaps this joy was synthesised in a laboratory, but its effects on me remain the same.

My problem is with the rest of Ms Carey’s oeuvre, which leaves me so cold, and unimpressed that I have to make up hallucinatory tales of her being a socialist heroine in order to reconcile my love of this song with the cartoon character that sings it.

‘Oh, I won’t ask for much this Christmas,
I won’t even wish for snow,
I’m just going to keep on waiting,
Underneath the mistletoe.’

2 thoughts on “Workers of the world unite: the Mariah Carey edition.”