The Rose of Tralee is a highly surreal, Irish beauty pageant, held in Tralee, County Kerry at the end of August each year. Held over two nights, it heralds the end of the summer, and the return to school the following week.

It’s a beauty pageant of sorts, and a personality pageant of another sort. Hatched up as a scheme in Harty’s Bar in Tralee it started as  a means of increasing tourism in the town. When it started in 1959 Ireland was in the throes of catholic repression. This festival was to be a celebration of loveliness. Lovely, lovely Irish girls.

At its inception only women from Tralee were allowed to enter. This soon expanded to Kerry women and by 1967 any woman whose grandmother’s goldfish’s adoptive cousin was Irish was permitted to participate.

As already mentioned, the Rose Festival was a celebration of loveliness. There was no raunchy carry on like a swimsuit round in this competition. Oh no. Be-gone with daywear, eveningwear and swimwear rounds. That’s just American nonsense. In this event the comely maiden would wear a lovely floor length woollen gown, embroidered by her granny. If she was feeling a bit racy she might display a cheeky ankle. But certainly no sluttery like an off the shoulder number. Heavens no.

She’d be interviewed by the host (Gay Byrne was the host throughout my childhood) about her hobbies, her interests, and her intended job until marriage (after marriage she would – of course – be retiring from the world of work, to birth an army of Irish babies).

If she had a special talent she’d be asked to display it – be that a beautiful singing voice, an ability to dance, or talent with an instrument (a musical instrument I hasten to add – for some reason I feel the need to clarify this, thanks to how easily the festival lends itself to sordid double entendres).

I have always maintained that the ability to knit a tractor was the only sure-fire way to guaranteed victory however.

The Roses would arrive in Kerry the week before the televised event and spend it smearing their lovely personalities all over Tralee. Each Rose would have an ‘escort’. When I say escort I am not referring to a male gigolo. I am speaking of a fine, upstanding young gentleman, of impeccable moral hygiene, who would offer his arm as support, if the maiden was in danger of swooning. I am pretty certain that the escort couldn’t be left alone in a room with a Rose. Can you imagine the shame if a bastard baby ensued from the resulting impure thoughts?

The Roses must remain unsullied and virginal. Able to help a cow calve, for sure. But herself untouched by a male hand. There was none of that filth at the Rose of Tralee.

Even as a child in the 1980s it was sort of embarrassing – dated, cheesy, old fashioned, sexist. 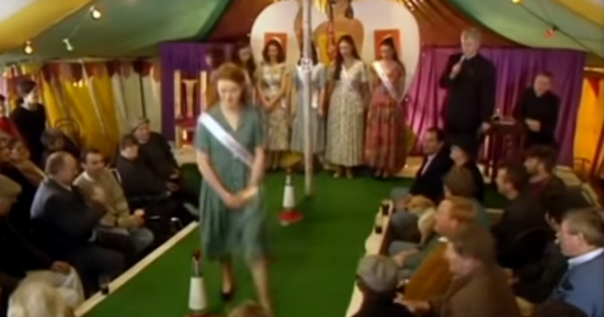 It’s undergone a revival of sorts in recent years. Beginning with the TV sitcom ‘Father Ted’ in the 1990s the absurdity of the festival was showcased hilariously, when the titular character Father Ted hosted the fictional ‘Lovely Girls’ competition on Craggy Island.

Everyone is now in on the joke. The participants hail from all over the world and get a free, no expense spared holiday in Kerry – Ireland’s most beautiful county. They meet a gang of friends, and have the chance to win a load of prizes. Virginity no longer seems essential. Hell, a few years ago an actual lesbian from the planet Lesbania – Maria Walsh – won the competition. 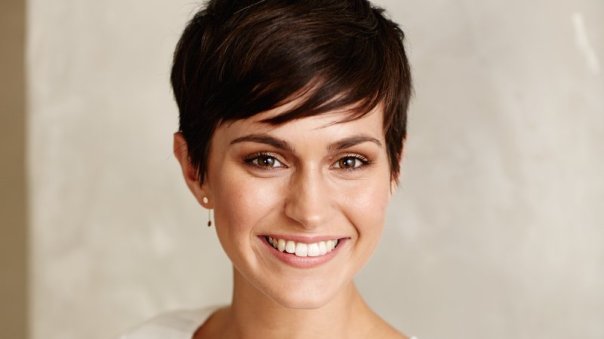 That gave me a proper dose of the vapours let me tell you.

The host of the show is a TV personality called Daithi O’Se who truly appreciates the loveliness of the festival, as he married the 2010 New Jersey Rose.

Last night the Rose from Offaly charmed the nation and was crowned the winner.