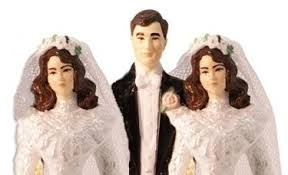 Yesterday after work I alighted from the bus – as I always do – at the top of O’Connell Street. Instead of taking a left and heading home, I glanced surreptitiously over both shoulders and swung a right on Parnell Street.

My nerves were jangling. Not jangling hard enough however, to prevent a quick detour, down the escalator into the Moore Street Mall for a quick all-you-can-eat Indian meal for €6.99.  But jangling nonetheless. I was fairly restrained when it came to portion size yesterday evening. The trick is that you need to take a spoon of boiled rice, load the plate with vegetables and only then the sauces and main dishes. Eat it slowly, allowing time for the hunger to subside. By the time you’re ready for round two, you’re already full. I had a fish curry with my rice and vegetables last night.

I continued down Parnell Street, past the Cineworld – Ireland’s largest cinema with sixteen screens. There wasn’t a single film that caught my eye. If you have an aversion to superhero flicks, cartoons or sequels, like I do, then you really are limited when it comes to going to the pictures. Black and white, silent language, Croatian films, made in 1922 about the impenetrable despair of existence would be more my scene when it comes to movies. I am not a regular cinema-goer.

I reached my destination and nervously darted in the door.

Where was I going? What was I doing?

I was in fact going to my inaugural workshop at a theatre group.

I am already a member of a drama group in Dublin. And very enjoyable it is too. I attend their workshops on Wednesdays and have participated in various pieces with them since my arrival in Dublin last November.

But the group I was attending tonight for the first time, was the group that I initially approached last year, but which cruelly spurned my advances. I remember sending a message and being told that intake for the group happened in September and that I had missed the boat for that season but to try again at the next available opportunity. If it were possible to flounce off from an email, then that’s what my response would have been.

Instead I joined the other group. And the rest, as they say, is history.

Well yesterday was September so I decided that I should check out the original group I had approached.

And it was all very entertaining. Similar in style, size and theme, I think I should be able to coordinate membership of both groups – they meet on different days in different locations.

I must strive to keep them from knowing about each other. When I roll in to one group I can complain about all the overtime I am doing. When I arrive at the other group I can claim that the cheap scent on my collar does not belong to my theatre mistress, but is in fact that of a client.

I’ll promise both that I will leave the other one as they are my one true passion, and that they are the only one who understands me.

Actually considering this blog I guess I am talking out of my arse.

I shall be a drama bigamist. And be proud of it.