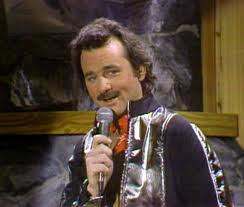 A strange and unsettling experience happened to me about a week ago.

Now it is not serious by any means, but it’s stayed on my mind since it happened, causing an irritating sense of discomfort.

It was a bank holiday weekend. It was Sunday night. Monday was a free day from work. As a result I had arranged to meet some friends for liquid refreshment in an inn of hospitality in Dublin city centre.

The beverages were being imbibed with abandon. The anecdotes were flowing faster than the beer down our throats.  The bants were light-hearted and (more importantly) non-poisonous. It was all so witty and urbane and sophisticated and contemporary. If I had been in possession of a cravat I would have been wearing it.

The little group I was part of got chatting to two interlopers – a pleasant pair of people who were friendly and funny.

I was in mid sentence when a head appeared over my shoulder. A finger was pointed in my face and the following statement was made.

‘Y0u see him, you can’t believe a word that comes out of his mouth! Ha!’

I had no chance to respond as the person had turned on his heel and walked out the door.

I recognised who it was immediately – I had not been aware that he had been in the bar.

My face went a deep puce red colour. I was utterly mortified. You could have fried a rasher on my forehead.

I expect the comment was made in jest. Certainly I had no reason to suspect that it was said in seriousness – having been uttered by someone I thought I was on reasonably good terms with. While our friendship has waned due to location and circumstance over the years, there had never been a fight, or a falling out. At least not to my knowledge. I lived in Amsterdam. He lived in Dublin. There was no bad blood between us.

So it is for that reason that I am assuming that the comment was made as a joke. A socially inept joke maybe, but the thought that I’ve done something bad to merit such a reaction just doesn’t seem probable.

I could have gotten in touch the next day to ask what he had meant, but decided against that course of action as it wasn’t something I especially wanted to pursue – we’ve not been in touch for a number of years, which hasn’t caused me any upset. Why upset the apple cart.

The friends in my group started laughing and joking about me being a heartbreaker. I laughed that off internally – this was most definitely not a case of unrequited love. But I didn’t correct their misassumption. If they want to believe that I am some heart-breaking lounge lizard in a beige suit, then I’m not going to correct them.

But it remains a  slightly surreal and unpleasant encounter.