After rehearsal today I went for a walk in the park with my friend.

Not just any old park, mind you. The Phoenix Park no less. This is the park where the president of Ireland and the American ambassador live (not together – they each have a mansion facing each other), and is also the home of Dublin Zoo. Urban legends abound that it is the biggest city centre park in the world. But I’ve been to Perth so that’s not true. Alternatively claims are made that it is the largest walled park in the world. Who knows. What is indisputable however is that it is a very large park indeed.

I’ve been to the park a few times in my life – as a child to visit the zoo certainly. And when I lived in Castleknock with Flatenemy I once walked through it on a cold December day, just to get out of the house.

Today however was for exploring it properly – sections anyway – so vast is it that you’d need a year to explore it thoroughly. My friend had a mission – to find the ancient dolmen grave – the oldest monument in Dublin, aged about 5000 years old.

We entered through Parkgate street and were faced with the Wellington Monument. Arthur Wellesley was the first Duke of Wellington and he defeated the allegedly short Napoleon Bonaparte at the Battle of Waterloo in 1815 (in reality Napoleon was average height and the legend of his shortness stems from how he was satirised in the British press two hundred years ago. Wellesley was Irish. Who knew. I approached the vast monument and the voices in my head started screaming at me. What were they saying? ABBA songs of course.

‘My my, at Waterloo, Napoleon did surrender. Oh yeah. And I have met my destiny in quite a similar way.’

It is a big penile statue, very iconic and visible from the train from Limerick as it pulls into Heuston Station.

We passed the monument and into the woodlands. To be faced by a herd of deer which is allowed to roam freely throughout the park. They have no natural predators in the park (the lions remaining behind lock and key at the zoo). Therefore they roam the land. Apparently they are reasonably tame, and not averse to a gift of an apple or carrot. I remembered the tale of the Scottish woman who was disemboweled by a wild deer, when trying to befriend it, so I kept my distance. 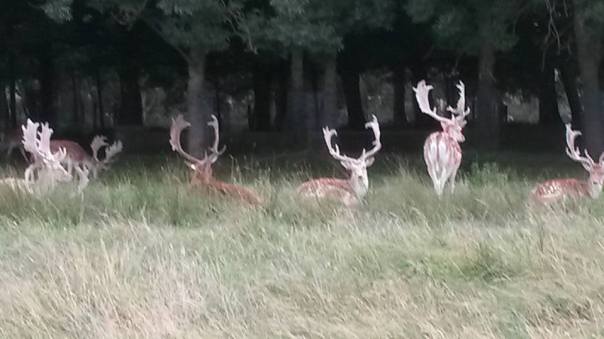 Onward we marched – no houses visible in any direction and stumbled across the Magazine Fort. This was the old Viceregal Lodge, where the representative of the British monarch used to reside. After he upgraded his gaff to the house where the President now lives, the old house was knocked and was replaced by a munitions store called The Magazine Fort. This was an original target of the rebels during the 1916 Rising, but they didn’t take it. It’s now semi-derelict, but apparently work is being done to make it safe for visitors. 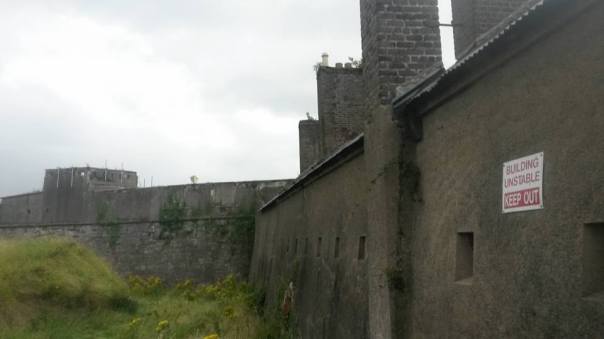 Onward to the Furry Glen (or Fairy Glen as it used to be called) – a beautifully serene lake where the ducks are in control. 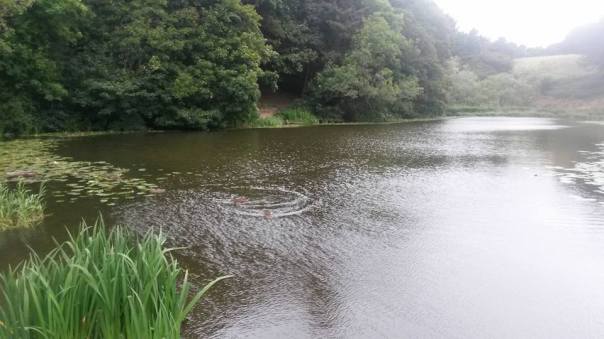 We stumbled across the dolmen grave by accident. It was unmarked and unmapped. Discovered in 1838 when a burial mound was removed, when the council (or whatever the council was called back then) wanted to develop the land. It is the oldest human structure in Dublin and predates the Pyramids. A man and a woman were buried there. I like the fact that it was just sitting there, minding its own business, not bothering anyone with billboards explaining its history.

Ireland being Ireland, it started to rain quite heavily so we stopped our explorations and exited via the Chapelizod gate. I love the name of that village (or suburb as it is now). It is named after Isolde (of Tristan and Isolde fame) as apparently Izzy was buried there. We were extremely close to the bustle of the city centre, but the cottages and roads looked like rural Ireland.

I only had a tester sample today but that park remains on my to-do list. And owing to its size I guess it will remain like that for quite a long while.