Recently I have been getting the 8.30 bus in the morning, instead of the 8.15. It gets me to my desk by 9.10 which is still in the vicinity of on-time. However as my boss never rocks up until 9.30, I have taken the unilateral decision that an extra fifteen minutes in my pit, in the morning is good for my health, and that I am going to avail of this extra time. 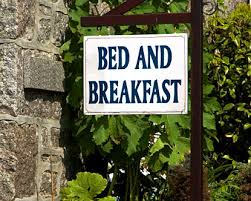 As a result my travel companions each day have changed. It’s understandable that people operate fixed routines. Why wouldn’t they – work and school have strict schedules and people manage their lives around these timetables. But it’s odd that there is such little overlap between the regulars of the 8.15 and the 8.30 buses. Almost never do you see an 8.15er on the 8.30. Or vice versa. As I am of a melodramatic nature, I imagine that I am a ghost passing through the ether of the Dublin Bus timetable.

This morning I saw some old friends – Beyoncé and her terrifying, tattooed mother. They get the earlier bus, so it’s been several weeks since I’ve seen them. The mother – I’m going to call her Belinda even though I just thought of that name on the spot – is one of the scariest people I have ever encountered. She is about my age I reckon, although thinking about it she could well be considerably younger than I am. Her voice is like nails on a blackboard – the product of a decades old, 60 fags a day habit. Her accent is thick Dublinese. Her tattoos are bountiful, decorating her arms, neck and knuckles. Her face is a canvas of deep smoking wrinkles, and her eyes – with the trowelled on, black, Constance Carroll eyeliner and Louis Vuitton sized undereye bags –  are strangely, sunken into her skull. Her dyed black hair in a ponytail, is scraped so tightly back from her head, that she’s given herself a DIY facelift.

I have witnessed her wrath towards her fellow passengers in the morning. The blatant threat of violence for bumping into her and the haranguing of her telephone companions being the most obvious examples. Having said all that she is quite pleasant to Beyoncé.

Well imagine my thrill this morning to see the pasty faces of Belinda and Beyoncé getting on the bus. I refrained from greeting them, and asking how they’ve been. I must remember that I don’t know these people. And the unwritten code of the commuter states that,  under pain of death you don’t acknowledge your companions, regardless of how long you’ve been travelling the same route.

They trundled to the back of the bus. Beyoncé plonked herself down in the available seat front of me. Beside me was vacant. Welcome to my world Belinda. The aroma of cigarette floated delicately through the air. I needed to concentrate – keep my elbows to myself and keep my knees pressed tightly together. I must avoid encroaching on the fragrant Belinda’s space and thereby inviting a threat of violence against my good self.

The phone rang. Belinda answered. She listened, made some comment saying that were it not for the dog she’d be OK. She said goodbye.

She tapped Beyoncé on the shoulder.

‘That was Claire. Well, you know that Russian woman in Finglas with the dog? Well Claire says that because of the dog she can’t get a B&B and she’s been living out of the back of her car. Hey we’re lucky aren’t we? At least we have a B&B.’

Beyoncé looked blankly at Belinda. They got off at the next stop.

It’s a cold, hard world where a child and her mother are living in a bed and breakfast.