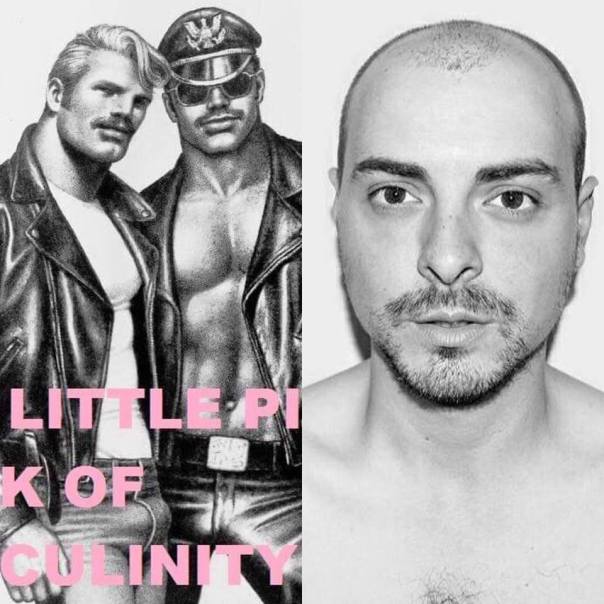 Availing of my participant pass, I hauled myself to the Pearse Centre for the 7.30pm show at the International Dublin Gay Theatre Festival. ‘The little pink book of masculinity’ by John Best; and ‘The measure of a man’ by Gavin Roach are a pair of one-man shows from England and Australia respectively. Both are deeply personal accounts of the life experiences of the two men, who perform their own work. Best tells the story of how arbitrarily cruel the gay scene can be to a young gay man who doesn’t fit within the parameters of what is acceptable. To be embraced as a fully functional young gay man it appears you must be beautiful and muscles and absolutely not camp. Our hero does not measure up to this ideal so he struggles. It was a moving piece watching the characters with these struggles – especially when your value is influenced by by what some toxic app like Grindr tells you is hot. Being young and gay is still a bit of a minefield to navigate your way through. At the age of forty and above the superficial judgement is even more harsh, but hopefully our hero will care less about it by that point. The show features ‘Whatta man’ by Salt ‘n’ Pepa and En Vogue which is a welcome addition to any show – including Hamlet.

Gavin Roach is from Australia. His show ‘The measure of a man’ tells the tale of his sexual adventures and misadventures since his adolescence. His anxieties and feelings of sexual inadequacy might be widespread but rarely explored in such a revelatory and candid manner. It’s fascinating stuff watching someone bare their soul in this manner – and at times uncomfortable to see him expose his fears and vulnerabilities in such an open manner. Again this piece shines a light on how certain elements of the community commodify and fetishise each other based on looks or performance in the scratcher. It was an interesting and often funny piece, that occasionally felt like a self-therapy session. I enjoyed it.

Both shows run at 7.30pm until Saturday (with a 2.30pm matinee show on Saturday.)

Book your tickets at http://www.gaytheatre.ie.