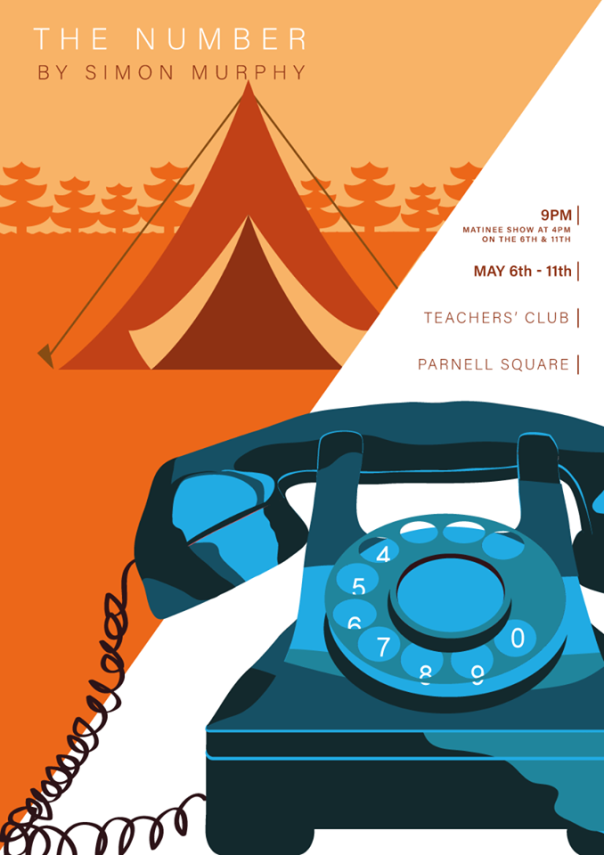 On May 6th this year (it’s a bank holiday) the 16th International Dublin Gay Theatre Festival opens. Running for 2 weeks, it features twenty plays across four venues. I took part in the festival in 2017 as both actor and writer with my first full length play ‘An unexpected party’ at the Teachers’ Club on Parnell Square. It was an absolute blast. So much so that I submitted another piece this year. Which to my delight has been accepted for inclusion in this year’s festival. So back at the Teachers’ Club from May 6th to May 11th, for 8 shows, my play ‘The Number’ will be showing.

It’s exciting, while simultaneously terrifying. You see, just for hi-jinks ‘The Number’ is a one man show. A monologue. Starring yours truly. Oh yes. I decided to cast myself. It’s probably (OK definitely) an egocentric admission to make, but the reason I started writing for the theatre (as opposed to short stories, as is also my wont) was to make sure I got cast in roles. Since that decision I have largely written for other people. However as this piece is quite personal, I decided to play the narrator myself. It is a fictionalised, semi-autobiographical account of being 18 years of age, in the year 1993, when homosexuality was finally decriminalised in Ireland. I remember that time – like the narrator of the play I was working on a campsite in France, as part of my Co-Op work placement when I was attending the University of Limerick.  At the time I was also cowering in the closet. ‘The Number’ of the title refers to the Gay Switchboard in Limerick. Like the narrator I never called the number in question – 310101 – but I was aware of its existence. It was imprinted on my consciousness like a laser. A ‘just in case’ number. While the piece is largely fictional. I wanted to try to capture the terror and anticipation of that pre-internet time, in what I hope is an entertaining manner.

I am being put through my paces by my director – Geraldine Crowley – who is able to cast a cool eye on proceedings and give me the necessary feedback that I wouldn’t see myself having written the piece.

‘The Number’s has been programmed as the intro to a double bill of plays. The other play which immediately follows mine (and you can see both shows on the same ticket) is called ‘A Southern Fairytale’ – a one man show written by and starring Ty Autry, which tells the story of growing up as a gay Christian in the Deep South of the USA. I have not seen it yet but it looks excellent.

Running from May 6th to May 11th inclusive, with daily shows at 9pm (and a matinee at 4pm on Monday 6th and Saturday 11th) at the Teachers’ Club at 36 Parnell Square, I really do hope you can come see the show.

Tickets can be bought at the LINK.