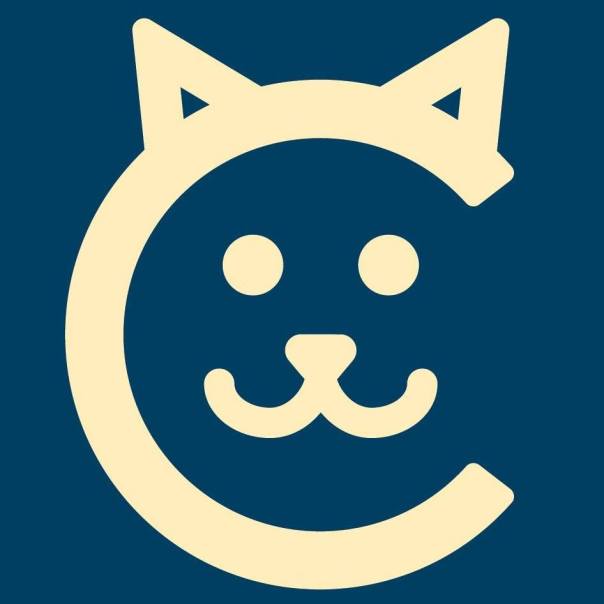 I mentioned briefly on my last post, about my trip to the Cat Lounge in Smithfield after the Pride Parade on Saturday. This is a volunteer run cat sanctuary on Smithfield Square where members of the public can take a half hour from their day. For a small fee (€5) they can hang out with some felines. There are sofas and armchairs present to relax in. Once ensconced the cats will approach you and demand attention in that persuasive, penetrating, shrill cat manner.

When I visited there were approximately twenty five cats in the space. The residents are predominantly kittens (with a few adult cats in the mix also) and are available for adoption. Naturally if you want to adopt a kitten then Cat Rescue will come to your home to ensure that it is a cat-friendly space, and safe for the animal to live in. The names of the residents are marked on a blackboard

I was slightly taken aback when the volunteer told me that she did not wish to accept the €5 note, but that card payment was preferred. Perhaps sensing my confusion she told me that card payments were for the cats’ security. Apparently when they had been taking cash payments, a member of the public had actually placed a kitten in their bag and walked out with it. A card payment means that visitors are traceable and that any psychopath who would steal an animal could be caught. Some people are very strange.

If you are successful in having a cat placed with you then the animal will be neutered and vaccinated before leaving with you – I imagine that the new servants will be required to pay the fee for this. As an animal charity funds are tight and it is only right that the cat sanctuary offset their expenses in this manner.

People who know me from before my move back to Ireland in late 2015 will know about a beast named Midnight. A slovenly, anti-social, demanding, black cat with whom I shared my life for twelve years. In the year 2001 I was living in an old building above a snack bar on Vasco Da Gamastraat. At the time I did not know about the murder that had taken place in the doorway of the snack bar some years earlier. I was aware however of the mouse infestation in the house.

My flatmate declared his intention to get a cat. The next day an email was circulated at work, by a pregnant colleague. With a new baby imminent she wanted to find a new home for her two year old cat. Myself and the flatmate boarded the train to the suburban wastelands of Almere-Buiten to collect his pet. I was quite clear on this. Midnight was his pet. I was more than happy to share my house with a cat, but in case we ever needed to move house, then he had responsibility for the cat. Some months later he went back to Wales with the promise ringing in my ears that he would come back for her.

For the next twelve years myself and Midnight lived a co-dependent relationship of mutual need. A lazier creature never walked the earth – not that Midnight ever did much walking – she preferred to loll about on the sofa, while I fed her peeled grapes and painted her like one of Leonardo diCaprio’s French girls in the film ‘Titanic’.

The years rolled by and she aged. At the age of twelve her kidneys started failing, so she went on the special kidney diet. A few years later it looked like she was developing cataracts on her eyes. Sadly it was an inoperable brain tumour, so I took the decision to euthanise her. At the age of 14, after a long, idle life she passed to the great big cat litter in the sky.

Well that was four years ago. Perhaps it is time to get a new feline friend. I have to think about it. I may have to return to the Cat Lounge. There was a black kitten present who looked vaguely sullen. I could potentially develop an unhealthy co-dependent relationship with her?