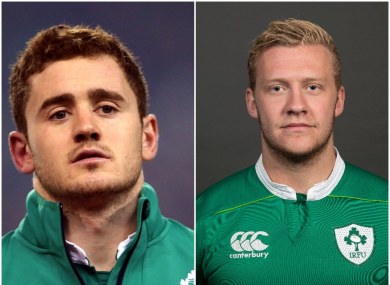 For the first three months of this year the country was obsessed with a trial. A rape trial involving two famous Irish rugby internationals Paddy Jackson and Stuart Olding, and an unnamed woman (as opposed to unidentified – her name was all over social media despite reporting restrictions). In June 2016, after the rugby players had returned from a tour kicking a ball somewhere, and chasing it, they’d gone out on the town in Belfast. They drank oceans of alcohol and were treated like kings – our society lionises men who can run fast after a ball – be that a rugby ball, a football, or a sliotar. After the VIP lounge at some Nite Klub, they repaired to Jackson’s house for a party. Present were four men and four women.

Some days later Jackson and Olding were arrested and charged with the rape of one of the women present at the party. They were suspended from Ulster Rugby and the Irish national team while the investigation was ongoing. The case came to court this January and continued for three months. When the closing statements had been made, the jury retired for their deliberations.

The jury returned after four hours, and found the men not guilty by a unanimous verdict. They were innocent. Just like OJ Simpson was innocent of the criminal murder of Nicole Brown Simpson and Ron Goldman.

Greeting the media scrum (see what I did there? Rugby reference!) outside the court, Jackson’s lawyer gave a very pugnacious statement condemning the treatment of his innocent client, and threatening legal action against anyone who dared question his innocence. Paddy Jackson was an acquitted man. Falsely accused. So far, so OJ Simpson.

Unfortunately for the defendants,  over the course of trial, information regarding text messages sent on a WhatsApp group that the players had participated in, was released. They boasted of their legendary status, and of ‘spit-roasting Belfast sluts’ on the night in question. They didn’t deny having sex with the woman.

The degrading and abusive language in which they had spoken about the complainant revealed them to be rather Neanderthal in their attitudes to women (or ‘sluts’ as Jackson and Olding might refer to the female sex).

There was outrage across the land. The hashtag #Ibelieveher and ‘SueMePaddy swept the internet. The players were fired from both Ulster Rugby and the national squad, for bringing the game into disrepute because of their language and attitudes towards women on the text messages. The two teams had no wish to be linked to such toxic personalities, and the protests they would meet for maintaining their contracts.

Now while I know that they were acquitted of all charges, my own recent experience as the foreman in a jury in a serial rape trial, doesn’t entirely fill me with certainty that Jackson and Olding are innocent. Not guilty of the crime of rape, is not the same as ‘innocent’ after all. OJ Simpson was found not guilty. They certainly don’t believe they are rapists, and the woman in question thinks that they are. Neither side is necessarily wrong. But both sides can’t be right?

The trial in which I was a member of the jury certainly doesn’t inspire me with confidence that the criminal justice system is a place to go, to seek justice for the crime of rape. The odds are so stacked in favour of the accused that it is virtually impossible to find someone guilty. Stacking juries with people who will be perceived to be sympathetic to either side means that unanimous (12-0) or majority (10-2) verdicts are extraordinarily difficult to achieve. And the burden of proof lies squarely with the accuser. Which is correct. But in a ‘he-said, she-said’ type of situation, a jury is required by law to give the benefit of the doubt to the accused. I remain convinced that the accused in my trial was guilty. But we couldn’t reach a verdict, so he walked. This wasn’t our fault. But the restrictions placed on us left us in a very difficult predicament.

I think the jury in the Paddy Jackson trial had no option but to find him not guilty. I’d be unconvinced as to whether he was innocent though.

You might wonder what has inspired today’s babblings. Well Paddy Jackson just signed a 2 year deal with Perpignan Rugby Club for big bucks.

I wonder whether he’ll participate in the team’s WhatsApp group messages?