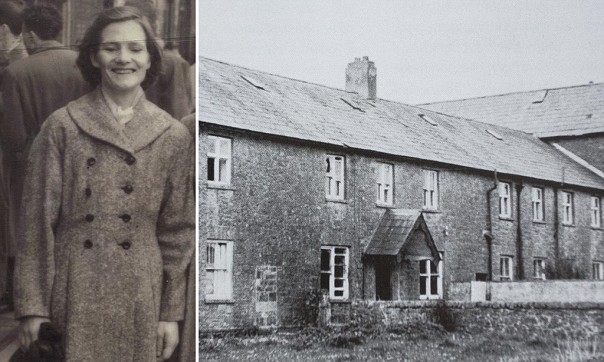 I am trying. Trying valiantly not to stick my ungainly hoof into other people’s business. This morning was a challenge. I have not spoken about him before but I share a bus route to work each day with a bearded gentleman of around my own age. He has always struck me as slightly odd – in both his appearance and his demeanour. The fact that he wears a wedding ring was an indication that somebody somewhere had enjoyed his company at some point – perhaps they still do.

I have had reason to eavesdrop on his conversations on occasion – for example when he had a heartfelt chat with his rural Mammy, the time where she had given her credit card details to a scam caller who was pretending to be from the electricity company. I listened in earnest to his advice to her.

I do know that he is a bit of a keyboard warrior– I have seen him take photographs of ‘Not in service’ buses idling at our morning bus stop, while we have been waiting in vain for a chariot to whisk us to the wastelands. And his declaration that he was going to share this to his Twitter following. I am sure that terrified Dublin Bus.

I had a fairly neutral opinion of him until this morning. He boarded the bus with who I presume to be a work colleague. They were having a fairly civilised debate about that wonderfully timeless, morning, commuting topic – abortion.

Ireland is having a referendum on abortion in 4 days’ time. The amendment would remove the absolute ban on abortion in the Irish constitution and replace it with a statement that abortion would be regulated by legislation. If the referendum is passed then the government plans to introduce legislation allowing for the termination of pregnancy until the 12th week – and later if the life of the mother is at risk, or in the case of rape / incest or fatal foetal abnormality.

This is an extraordinarily nasty and bitter campaign with the No side claiming that a foetus has the exact same human rights as the woman carrying it, and that abortion needs to remain illegal in all circumstances. I was accused of being a baby-killer by a deranged No campaigner on my way to work last week. A friend of mine was called ‘Hitler’ on the street yesterday for being pro-choice.

Well the gentleman on the bus this morning declared quite politely that he will be voting No on Friday, as he believes that human life begins when a sperm fertilises an egg, and that abortion is murder. His colleague tried to give an opposing opinion. He was hearing none of it. He proceeded to state that he was also opposing abortion in all circumstances because it would cost the health service money, and that paying as little tax as possible was his mission.

The colleague replied that the monthly children’s allowance paid to each parent for every child, until they reach the age of 18, would involve him paying a lot more tax than a termination.

He replied that he followed the credo of his hero Margaret Thatcher, that there was no society, there was only individual responsibility; and that therefore he wanted the state to stop supporting ‘unmarried mothers’ (that was the expression he used – not ‘single parents’); so children’s allowance (along with any type of social welfare) needed to be stopped.

My blood ran cold. Is this a common opinion?

His colleague looked aghast and quickly changed the subject.

I bit my lip. After Friday we are going to have to all get along together again. And I have to share a bus with this clown for the foreseeable future.

I therefore didn’t point out the contradiction in his position; that if he believed that there was no society – only individual responsibility – then he was duty bound to vote Yes on Friday.

I can’t wait for Saturday.