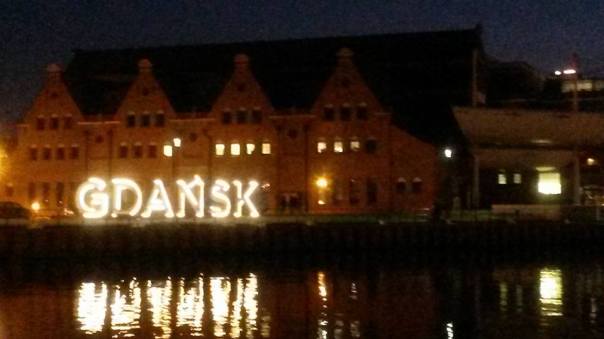 I arose early. I was a man on a mission. I was going to the seaside today.

Gdansk is the largest city in the Pomeranian district of Poland, and thereby the largest in the Tri-City area. Gydnia and Sopot are the other two towns that make up this conurbation. Sopot is the smallest – but that was today’s destination. It is on the seafront and during the summer is the most popular seaside resort in the country.

It was perishingly cold when I alighted from the train, after the fifteen minute journey from Gdansk. I don’t read Polish, so I had no way of understanding the signs. I took a chance that the sea would be downhill from the station.

I was right in my guess. It looks like there is a dull cunning behind this pretty face.

The wooden pier juts out into the Baltic Sea. I reckon that during high season it would be packed. In sub zero January, it was less crowded. Being by the sea does my soul good. Even in the depths of winter. I took a stroll out to the end of the pier, took a few pictures,  and returned to the shore. I couldn’t feel my face. It was numb – not by dental anaesthetic this time, but rather by the bitter cold.

Deciding on a little walk on the beach, I noticed a footpath that led to a 5km nature trail through the forest along the coast. A perfect opportunity for a spot of exercise. The woods were creepy and deserted. It was particularly forlorn as the trees were deciduous, and looked decidedly bleak and skeletal without any leaves. Spring is approaching – I imagine it will be very beautiful and lush during the summer.

After the walk was over I hopped on the train and returned to Gdansk (drinking a cup of instant coffee that the Sopot Museum were handing out, along with flyers for their exhibition. I lied and told them I’d be back the next day. I desired that free coffee).

I wanted to see old Gdansk town during the daylight – having had limited opportunity to do so this far, thanks to my captivity in a dental chair for much of the trip. My flight back to Ireland is in the morning. Today was my final chance.

Noticing the ferris wheel on the edge of the old town, I decided that a spin was in order – my time was limited, there was no way in the world I was going to see everything worth exploring. This was a lazy way of getting a good, panoramic view of the city.

Until I was at the summit, and the cart paused for three minutes so we could take in the breathtaking view. I am not afraid of heights, but I would be lying if the thought of my cart becoming disconnected from the wheel, and me plunging sixty metres to my bloody death, didn’t cross my mind, as I was waiting for the wheel to start moving again. 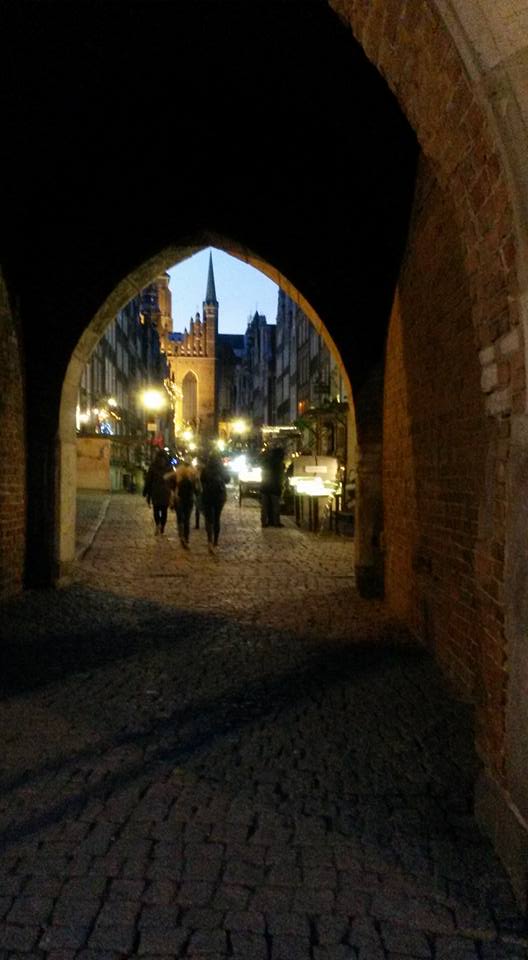 I spent the last hour of daylight exploring the side streets of the old town.

This really is an utterly charming city.

This part of the world is a fairly hidden gem. I will be back.