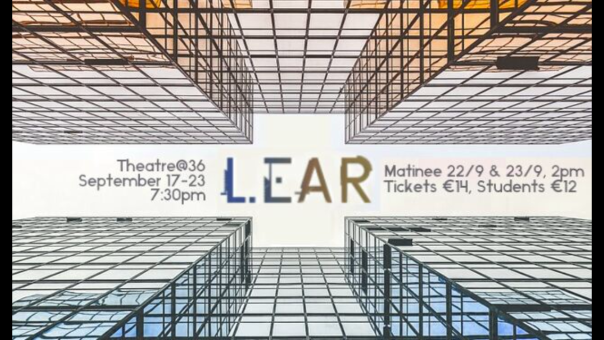 Shakespeare is the godfather of the English language. Writer of plays and sonnets; inventor of words and phrases now in everyday use in the language; international man of mystery – who was he really, and how could he know the interior design of Helsingør castle in Denmark – where Hamlet is set – unless he had visited himself?

What he also is, is a man of the sixteenth century. Meaning that his classic plays can be quite difficult to follow unless you are well acquainted with his writing, or the production is staged in a manner where the explanation clear from the movement rather than just the words.

I know that Shakespeare was a genius. I know of his importance in the development of the English language. However I have never enjoyed watching his plays on stage. They are a bit too much like hard work for someone of such lightweight intellect as myself. In other words, I don’t enjoy spending 50% of my time in the theatre translating what is being spoken onstage.

It was therefore with some trepidation that I attended my old home of The Teachers’ Club last night to see Thirteenth Floor Theatre’s production of ‘Lear’ – an adaptation of ‘King Lear’ directed by Bruno Theodoro.

I love this venue dearly – the theatre in the basement ‘Theatre @ 36’ is where my first full length play ‘An unexpected party’ was staged earlier this year. It is a small space with room for an audience of about sixty, but with a good stage, and spacious dressing rooms next door to the stage that have concrete walls. This means that utter silence is not essential at all times when you are backstage. No heavy metal music or yodelling for sure. But a quiet conversation is permissible.

I’d been invited to this show by a friend who is also friends with Thomas Dunne who did the sound for this version of Shakespeare’s great tragedy.

‘King Lear’ tell the story of aging monarch King Lear. Lear wants to divide his kingdom between his daughters Goneril, Regan and Cordelia. The first two minxes flatter and praise him dishonestly, earning their share of his wealth. Cordelia – his youngest and favourite daughter – doesn’t mince her words. She speaks directly to him about being unable to compare her love for her father with the love she expects she will feel for her future husband, but that she expects he’ll never gain more than half her love or loyalty. Lear is enraged, banishes her to marriage with the King of France, and slowly descends into madness as he grieves for the loss of Cordelia while his two scheming older daughters manoeuver wars and conflicts, having gained power and influence.

This is a modern adaptation of the play – set in the present day–and has been edited to an audience friendly two hour duration. The text remains Elizabethan.

It was an impressive production. The lights rise on an empty throne which sets the tone for the evening. The sound and lighting were very effective in adding to the mood and the atmosphere of the piece. Red and foreboding, as Edmund – the bastard son of the Earl of Gloucester plots plot to usurp his legitimate brother Edgar in prestige and power.

I appreciated the fact that the set-up of the play is clearly explained in the opening scene, meaning that if you struggle at any point with the dialogue it is relatively easy to decipher what is happening.

The performances by the cast of fourteen were impressive. It cannot be an easy task to absorb and inhabit these characters but they did so effectively. Kevin Flanagan as Lear gave an excellent performance portraying the king as a foolish, stubborn old man. The sisters were suitably devious and calculating – although they all need to project their voices more. My two favourite performances were that of the characters of Edmund – a cunning and evil character; and that of the King’s Fool – her role was to point out the obvious to the king – that he had made a terrible mistake in disinheriting Cordelia.

It was quite a physical piece of theatre which made full use of the stage.

A criticism (aside from my previously stated discomfort at spending time doing mental translation of the text) would probably relate to the accents. Actors must speak in their own voices where possible of course. But the sound of a thick Dub accent onstage, sounded a bit odd to my ear. This is King Lear. I don’t know why, but I almost expected to hear English accents.

That’s but a minor quibble through.

It was an enjoyable evening, made more so by the fact that I was not expecting it.

1 thought on “‘King Lear’ because I am classy”