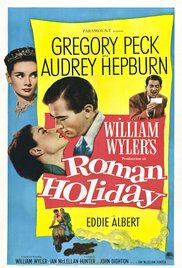 Some weeks ago I attended the Hepburn Season at the Lighthouse Cinema in Smithfield, and spent a sophisticated evening of film watching Katharine Hepburn, Montgomery Clift and Elizabeth Taylor in the camp classic ‘Suddenly Last Summer’ by Tennessee Williams. (Read about it HERE… Liz Taylor gave an impressively melodramatic performance in that movie – ‘We PROCURED for him Violet. We were BAIT… They DEVOURED him’.

Well imagine my surprise (well my passing interest at least) when I discovered that this movie season was not in fact the Katharine Hepburn film season, but that in fact, she was sharing the billing with her younger, European, fellow Hepburn – Audrey.

Actually this makes perfect sense. Both women are icons of the silver screen and while both may be regarded as legends, neither is what you could call current. Seeing as TV doesn’t show black and white films, and the younger generation seems to show only a slight interest in films more than ten years old, there is a whole treasure trove of barely seen (by the latest generation at least) films, ripe for rediscovery, starring these women – along with many other film stars of the ’30s, ’40s, and ’50s.

To cut a mundane story short, last night I made my triumphant return to the Hepburn Season at the Lighthouse Cinema to see Audrey Hepburn and Gregory Peck in the 1953 William Wyler film ‘Roman Holiday.’

The cinema was packed. I guess this is one of those fondly remembered classic films. I had seen it before – about thirty years ago, when it was the Saturday night film on Irish television after the evening news, at a time when black and white films still popped up on schedules. I remember enjoying it back then. Although seeing as it had been decades since I’d watched it, my memory was slightly hazy about the specifics.

Allegedly this was Hepburn’s screen debut. While not strictly true (she had previously appeared in a British and a Dutch film) it was indeed her Hollywood debut, so the ‘Introducing… Audrey Hepburn’ during the opening credits was merited. She plays the beautiful Princess Ann of some unnamed European country (not Mrs. Windsor of Balmoral’s equine looking offspring) who is on a goodwill tour – meeting adoring, and enormous crowds of well-wishers in London, Paris, and Amsterdam, while on her travels promoting co-operation between the nations of post-war Europe.

After an interminably boring evening, meeting dignitaries in Rome, she flies into a fit of hysterics, bemoaning her life of captivity in a gilded cage. Her lady-in-waiting – a severe looking countess – calls the doctor. He gives her a happy injection to help her sleep. But before she passes out she makes a successful bid for freedom by stowing out of the castle in a delivery truck.

Enter Joe Bradley – a seedy American journalist in Rome (played by Gregory Peck). He finds the princess passed out on a park bench, at the side of the street in the city centre. Nobly he takes her back to his apartment (this was 1953 – back then I guess taking unconscious women back to your house was chivalrous behaviour?) The next day, Peck wakes up late, (Hepburn is still out cold) and realises he has overslept his scheduled appointment. Making his excuses to his sleazy editor, he realises that the woman on the front page of that day’s newspaper is the woman in his room – the ‘indisposed’ Princess. The woman he was in fact,  supposed to be interviewing that day.

Hatching up a cunning scheme with his dodgy, photographer friend Irving, Bradley decides to write an exclusive. ‘A DAY IN THE LIFE OF A FUGITIVE PRINCESS’. There follows a day of laughter and fun, as Bradley and the revivified princess take a day’s holiday in Rome – seeing the sights, enjoying an ice-cream, a glass of champagne and a dance, against the beautiful backdrop of the Eternal City.

Inevitably they fall in love.

But will their happiness last?

Will duty call the princess back to court?

Will either of them reveal their identity to the other?

Will Joe get his exclusive?

It is such a charming film. Utterly unrealistic – but that’s completely  irrelevant.

Hepburn is as hilarious, as she is beautiful (and it was charming to see her crooked teeth – you wouldn’t see those on a modern day film starlet) as she romps about Rome, drinking in all the experiences typically denied to someone of her stature. Peck is fantastic as the jaded journo who finds the story and true love (he’s also very sexy – despite the deeply unflattering tweed, woollen trousers with the belly high waistband).

A joy of a film. Despite my republican heart I exited the cinema beaming with happiness.