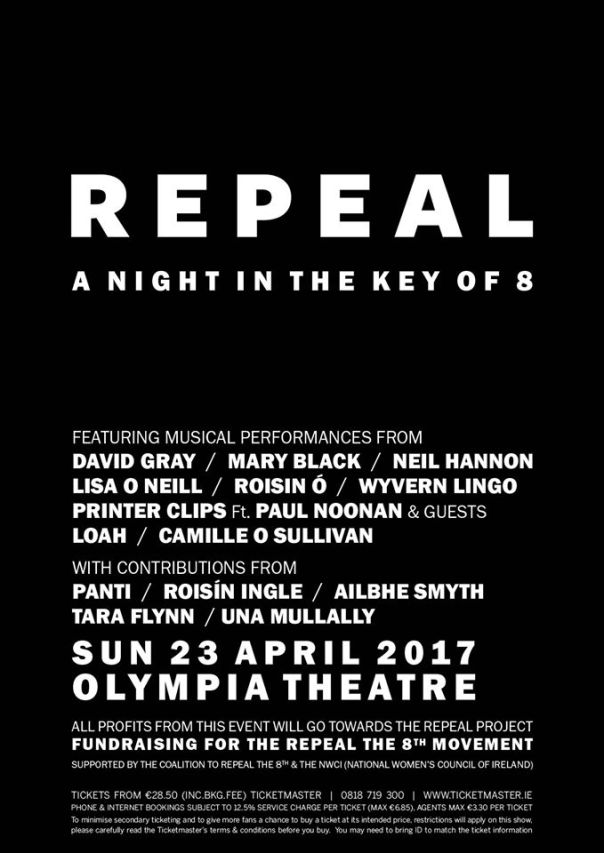 Ireland’s politicians have an awkward and infuriating habit of not doing their job. When it comes to socially divisive issues they have found the perfect solution – a Citizen’s Assembly which convenes to discuss topics and advise the government how it needs to act on certain issues. The subject of gay marriage for example. This really was quite simple  – the government should have introduced legislation to introduce marriage equality. Simple.  That might have proved unpopular in the land of the twitching curtains however. So successive governments made the unproven claim that gay marriage was not permissible under the Irish Constitution as it stood. A referendum would be needed to introduce this. Instead of calling a referendum they created a Citizen’s Assembly (made up of Irish citizens appointed by politicians) to advise them to do what everyone knew was going to happen – hold a referendum.

The argument could (and should) be made that Ireland already has a permanent Citizen’s Assembly. It is called Dail Eireann (or the Irish Parliament) where politicians are voted for by the public and who legislate on issues. So the Assembly discussing gay marriage was mere cowardice on the part of the government. It existed solely to allow elected representatives avoid being tainted by this ‘controversial’ issue. It was gravely offensive and immoral to put minority civil rights to a vote – and if you believe the lie that the constitution required a referendum then you accept that any constitution which permits this, is not fit for purpose. Of course I am relieved at the outcome of the vote, but the referendum itself remains a mark of enormous shame on the country of Ireland. Putting a segment of the population on trial so that politicians can avoid their responsibility is shameful, embarrassing and morally bankrupt.

Well the money wasting, time-wasting Citizen’s Assembly has met again this year. This time to take the heat off the government on the issue of abortion (read my take on this issue HERE). It announced its findings over the weekend. To absolutely no-one’s surprise they recommended removing the brutal 8th Amendment to the Irish Constitution and to legalise abortion. Obviously on this issue I am very pro-choice. If you are opposed to abortion then that is a perfectly valid opinion and no-one who is opposed to abortion should have one. It’s just that in my view, until the anti-abortion crowd invent a machine which will allow a foetus to grow to full term without forcing a woman to do that job, then they realty have no right to interfere with other people’s decisions and choices.

It was purely coincidental that Sunday evening was a fundraiser for the Repeal the 8th campaign. This concert was being held in the fabulously tacky and grotty Olympia Theatre – one of my favourite concert venues. The musical line-up looked promising – Mary Black; Neil Hannon (he of the Divine Comedy); David Gray; Camille O’Sullivan; Panti Bliss; Le Galaxie; Lisa O’Neill among others.

The concert was to be held after rehearsal for the play (Monday May 1st is opening – buy your tickets HERE…. I had a spare ticket so offered it to someone in the group. It was agreed that we would meet outside the theatre at 7.30pm and that despite the fact that the gig was sold out another friend would accompany us and try to buy a ticket on the door or from someone selling spares. Unfortunately the standing area was sold out and only a few tickets in the gods remained. The cute beardy guy at the box office told us that we should ask at the door if our standing tickets could be exchanged for seats which would enable us to stay together.

We approached the menacing looking bouncer and told him our sorry tale. When he heard that we were in need of a standing area ticket, he reached into voluminous pocket. As if by magic a spare ticket appeared. He smiled and said ‘I have a ticket for you.’ He pressed it into her hand and said ‘enjoy the show’. We were flabbergasted. What a lovely thing to happen. I wish that Olympia security guard a life of happiness.

The show was entertaining. The organisation seemed slightly shambolic but I suppose that’s inevitable when you are trying to wrangle so many musical artists, poets and speakers. The mood was positive, upbeat and hopeful. It goes without saying that the referendum campaign will be horrible, brutal, ugly and dehumanising. We all know this – that is now Ireland’s political system treats people who are not heterosexual males. But things will change – I mean if Ireland can vote for same sex marriage then atheist miracles are possible (on the other hand the government has just announced plans to build a national maternity hospital and present it as a gift to the nuns. Plus ça change).

The musical highlights for me were Le Galaxie – an electronic band who played a fantastic, danceable set. Lisa O’Neill was gave a heartbreaking performance of ‘The Butcher’s Boy’ – an American folk song about a young woman who kills herself after getting pregnant out of wedlock. Camille O’Sullivan gave a wonderful cabaret style performance covering Nick Cave songs. I had never heard of any of these three artists but they were the most impressive to my mind.

Panti  seemed slightly off form. Which was disappointing as I love him.

Mary Black got the crowd going – sadly the crowd included a Dublin yahoo who kept roaring ‘G’wan Mary’ at the top of his lungs through the show.

The show lasted over three hours. During our apres gig beverage in Brogan’s Bar I glanced to my left. Who seated having an post show pint. It was none other than Mary Black. I studiously ignored her (although every now and then I would peek a glimpse.)