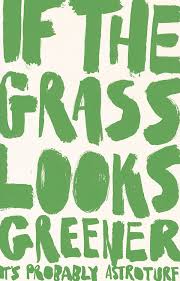 When I was twenty-one, I was a graduate of a University of Limerck arts course. Working in a computer company in Shannon doing customer service, I endured for about a year in that job before fleeing to Dublin.

My life was not bad in any meaningful way. I was living in a perfectly pleasant, shared house on Cherry Avenue in Caherdavin, Limerick. My job was reasonably well paid. I had a decent social life. And I was absolutely desperate to get the hell out of Dodge.

I had been inching out of the closet for a couple of years by this point, and I was anxious to start living. Real living I mean. Not the hellish half life which is what I thought was on offer in my home town. The idea of a fulfilling life in Limerick seemed alien to me. This was the land of the twitching curtains, where everyone knew your business. Back when I cared more deeply about other people’s opinions, if I was to be openly gay then everyone would know about it.  And I imagined that in the gay community, were I to fart in Caherdavin, then the queens of Castletroy would know about it within minutes.

(This last part is actually true – in a small community, news travels at the speed of light).

Once I had a suitable job offer, I set sail on the Big Green Bus to Dublin. For the next four years I lived a happy, exciting life. Living first in Tallaght, then in the city centre and finally in Beaumont, my life was spent in a gay frenzy. I was living it up. I had been out while in Limerick but my arrival in Dublin resembled the explosion of a glitterball in an interior decorator’s imagination. I was going out four nights a week. I was bestowing party favours on many gentlemen, I was carousing like a tuppenny trollop.

Until my work situation started interfering with my social life. Working in a job requiring night shift (I was working as a software support person for a banking company whose clients were based in Japan and Australia) I was keen to get back to a more regular schedule.

When opportunity arose for a daytime job I grasped it and clung on. The only complication surrounding the new position was its location – Amsterdam in the Netherlands. I didn’t let this phase me. On November 25th, 2000 I boarded the Big Green Plane to Amsterdam. I had never been to Holland before (not even for the job interview which had been done in the Dublin office) but that was irrelevant. This was an adventure. I was not feeling much contentment with my circumstance in Ireland. A change of country would do me good.

I was starting to notice a slight pattern of dissatisfaction with my place in the world.

Never mind – Amsterdam would be a new adventure for a couple of years.

My life in the Dam was good. But there remained this persistent, niggling feeling of unease.

‘Is this it?’ the tiny little voice at the back of my head whispered?.

‘Look at you – pushing forty and your life is the same as when you arrived, all those years ago.’

I had always known that I would remain a foreigner while in Amsterdam. Particularly because I didn’t have a Dutch partner.

One by one, my unassailably single friends started to fall into serious relationships or parenthood. But the good ship Murphy sailed on.

Until I woke up one day and decided that I had had enough of the Netherlands. It was time for my triumphant return to Ireland.

For three months after coming home I was living in my childhood home – a single, unemployed, forty year old homosexual, living with his mother. The type of man parents warn their fruity sons away from.

Luckily I was aware this was only a temporary status. I was looking in earnest for a position in Limerick. I really wanted to live there again – after an almost twenty year break.

That necessary evil – paid employment – had other ideas for me though. Had I waited I would have eventually found a position in Limerick. But I was anxious to get back on the treadmill. So when an opportunity in the industrial wasteland of county Dublin reared its ugly head, I seized it

I am aware that I suffer from a severe case of ‘the grass is greener over there’ syndrome. Were I move back to Limerick permanently I would undoubtedly suffer from the ‘What the hell have you done?’ line of thinking in a major way.

I’d still be required to endure the nine to five work assembly line.

My life as it is right now is pretty sweet.

Even still I have this wish to go home to Limerick.

On the full understanding that it’s no longer home, and whether such a place exists anymore remains a mystery to me.