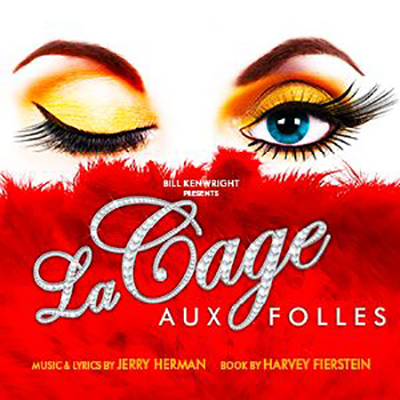 Tonight, I went to see ‘La Cage aux Folles’ in the Bord Gais Energy Theatre. I had arranged to meet at friend at 7pm at the front of house. I live in the neighbourhood so popped home after work to heat up a plate of lasagne. While consuming said delicacy I switched on the interwebs and watched the live online interview the Minister for Housing Simon Coveney was doing with TheJournal.ie about the rental crisis in Dublin. After about ten-minutes I realised he was spinning tall tales.  I finished my food and strolled across the river to wait for my friend’s arrival – he said his arrival was imminent.

I stood outside watching the world go by. Simon Coveney strolled by. Say what? Would that be minister for housing Simon Coveney? But of course – the interview which I had switched off twenty minutes earlier was being held in the tax free (as in they don’t pay any) Facebook European headquarters round the corner.

For a moment, I thought about dashing over and asking him some hard-hitting questions – like why the pleasant but basic and compact, one-bedroomed upstairs flat identical to mine, is being advertised today for 1600 euro a month.. But then I remembered that my searing journalism skills exist only in my imagination. He also looked like he was trying to avoid being noticed. Was he going to the show as well? Well he was waiting. Could well have been I suppose.

My friend arrived. We made our way inside. I glanced back at Coveney – he may be an unpopular politician but he is rather a fetching looking man. He was gone – perhaps inside to enjoy the crossdressing extravaganza that waited within.

Despite being of a theatrical bent myself I had never been to a show here – surprising seeing as this is the venue that the touring West End shows play at when they visit Ireland. Perhaps my experience at ‘Wicked’ in London put me off seeing these big gaudy shows. ‘Wicked’ is wonderful –  unless you are unfortunate enough to be sat amid a travelling troupe of Italian teenagers on a school trip with their telephones. Tonight, I was breaking my Bord Gais virginity.

And what better show to have this experience with than ‘La Cage aux Folles’. It is originally based on a French play which was turned into a Broadway musical by Harvey Fierstein in 1983. It was turned into a smash hit movie comedy ‘The Birdcage’ in the 1990s, and the musical is enjoying a revival now.

Set in San Tropez it is about nightclub owner George (Adrian Zmed) who runs ‘La Cage aux Folles’ – a glamourous Riviera supper club featuring the finest in drag queen entertainment. Queen of the queens is Albin (John ‘Christian from EastEnders’ Partridge) who is the headline act. Together for decades, they have raised Jean-Michel (son of George, begotten of a one night stand a showgirl called Sybil at the Lido club in Paris) as their own. Now an adult Jean Michel arrives to tell his Dad that he is engaged to Anne – a sweet, virginal young girl and the daughter of extreme conservative politician named Dindon. Dindon and his wife are coming to check the family out. Jean Michel wants Albin out of the picture for the duration of the visit. His tacky childhood home must be thoroughly de-gayed and George must pretend to be a retired diplomat. Shenanigans ensue.

It’s a wonderful show – the set is plush and extravagant. The costumes are outrageous– the chorus line of drag queens – La Cagelles – are bedecked in sequin and ostrich feather costumes, from the opening number – the riotously camp ‘I am what I am’.

The performances were remarkable – from George’s butler Jacob – ‘I’m not a butler, I’m a MAID’; to Jacqueline – a Riviera restaurant owner (played by Marti Webb). Zmed is impressive. But the highlight has to be John Partridge who steals the show – utterly hilarious as Albin – who is portrayed as extremely femme in his costumes and mannerisms but delivers a full on performance, owning the stage whenever he appears. As he plays a drag queen he speaks to the audience directly on occasion. He must have done some homework on Dublin as he referred to our nation’s greatest retail emporium as Penney’s rather than Primark. It truly was wonderful– and quite unexpected as I’d not been a massive fan of Christian in EastEnders. Who knew that he could sing so well – ‘We did’ I expect the readership of this blog will reply.

I very much enjoyed it. The message of acceptance and non-conforming families is timely considering current political trends. And considering that the audience contained a healthy percentage of men who will never take a bride the message got a warm reception.

A slight criticism would be that the script seems quite dated – the idea of rushing back into a closet in the year 2017 doesn’t seem as believable as it might have done in 1983.

That’s a minor gripe though. Overall it was a big, splashy, crowd-pleasing triumph.

It’s on until Saturday.

1 thought on “Theatre review: ‘La Cage aux Folles’ and the Minister for Housing”