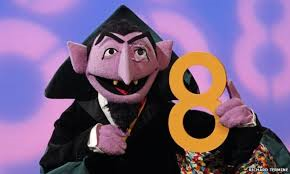 Tonight Matthew, sees the world premiere (tomorrow being the world derniere) of a short play which I have written, called ‘Blood Sugar’.

In it, I play a glum and lonely  Transylvanian vampire called Vlad, who prowls the streets and clubs  of 2016 Dublin, looking for a connection.

Sadly he has a toothache, so he decides to pay a visit to Clarita – Ireland’s pre-eminent (only?) dental surgeon to the Undead. What she tells him will send a chill down his spine. And change his life… forever…. MMWUAHAHAHAHAHA.

Perhaps it won’t send a chill down the audience’s spine however – I was told last night that it was a touch Rocky-Horror-esque, and that Vlad is, in fact,  as camp as a row of tents.

I furrowed  my brow, and nodded sagely. Stroking my chin in apparent agreement, I attempted to imply (without words) that this was EXACTLY my intention.

Perhaps I was being a smidgeon delusional but I thought Vlad was more Nosferatu. In reality he is more like The Count on Sesame Street.

I’ll take it though. The Count on Sesame Street is a bad-ass brother after all.

My piece is the opening segment of Firedoor Theatre’s Halloween Showcase on in Flanagan’s on Ireland’s largest thoroughfare – O’Connell Street. The tickets cost a tenner on the door. And the show starts at 8pm sharp.

I don’t want to reveal too much about those two pieces as I didn’t write then, and therefore don’t feel very comfortable talking about them. The writers will be there to talk about them after the show I suspect. I will also be there, graciously accepting cloves of garlic.

They are called ‘The Stranger’ and ‘The Burden’.

Both are excellent pieces, in turns both funny and dark. I hope I can pull the parts off successfully (the little mishap at dress rehearsal last night where I accidentally skipped a page of dialogue in ‘The Burden’) was actually a blessing in disguise. I won’t be making the same error tonight, let me tell you.

(Perhaps I should just pretend that this mishap was also intentional, and designed to keep us on our toes?)

There are seven pieces in total. Be there, or I’ll send a swishy Transylvanian morgue-dweller after you.