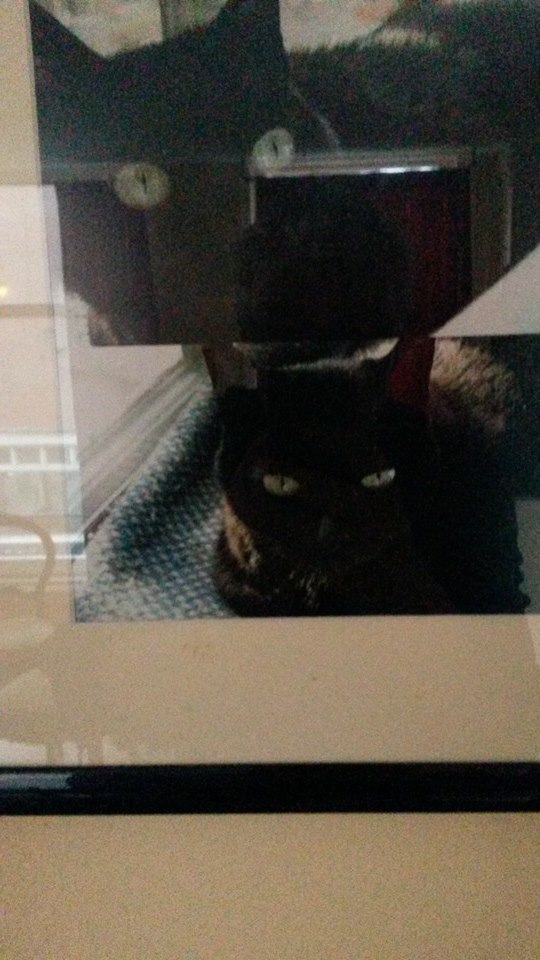 I am contemplating some feline companionship in my life.

People who know me in real life may have heard of the slovenly heap of cat named Midnight, with whom I shared twelve happy years in Amsterdam.

Midnight was never my cat. I was merely the caretaker. When I moved to Amsterdam I was in a flat-share with two guys, and several mice. The building was old and we were not especially conscientious when it came to household cleanliness. As a result the rodents arrived.

Had we been slightly more mature we may have created a cleaning rota to address this issue. But that would have required a level of commitment that three male youths, simply did not possess.

A far more cunning solution was a to acquire a cat to do our dirty work for us. A hired mouse-killer.

I told my flatmate that I had no problem with sharing a house with a cat, but that he was responsible for her. I was merely to be the glamourous flatmate. He happily agreed.

When a pregnant work colleague sent a round robin email, looking for someone to adopt her pet prior to the birth of her child, I raised my hand.

And so came Midnight. She was a young, black cat of two years of age – a slender, neutered beauty. Six months after we started co-habiting with her, my flatmate left the country. He asked me if I would take care of Midnight until he came to collect her. Because he was absolutely, positively going to collect her.

And so began my unhealthy, codependent relationship with the laziest cat ever to have lived.

She had access to outdoors, but preferred to loll about on the sofa. Sprawled out like Jabba the Hut, looking for belly rubs. Until she’d had enough – this was when the claws came flying.

She had a relentless hunger that could not be sated. Her hunger was about the only thing that could inspire her to move. In fact she was partial to a mouse-hunt – after about a year in my original flat I moved with the cat in tow, to my very own apartment. While I had discovered the merits of household hygiene by this point, my building was 110 years old, and therefore vulnerable to a mouse attack. Occasionally I would get home to the heart-warming site of a disembowelled mouse, nestling in my pillow – a touching gift from Midnight.

She was not overly fond of female company. When my original flatmate left he was replaced by a person of the female persuasion. Midnight welcomed her to our lives by shitting on her pillow. Twice. She mellowed in time, but it certainly felt that she wanted to express her supremacy as the Queen of our castle.

Her safe space (when the New Year’s fireworks were exploding) was in the laundry basket – I once spent a New Year’s in great distress thinking that she had run away, before discovering her hiding place.

She was a very vocal cat – quite insistent on having her voice heard.

The last year of her life was a struggle. When she started vomiting on a more regular basis – she’d always been partial to an occasional upchuck, which grotesquely, she would eat again – I took her to the vet. She was diagnosed with failing kidney function. So onto a super-healthy, wildly expensive kidney diet she went. About six months later I noticed a cloudiness in her eyes. Back to the vet. I suspected cataracts. I was told it was an incurable brain tumour. So on that cold February evening Midnight went to sleep in my arms.

If there was a hell – she’d be the Lady of that Manor. Of this I am certain.

I think it may be time for a new cat with whom to share my life. This independence I have felt since Midnight’s passing is easy to get used to. It is far different to the life of subservience one feels, as cat staff.

I must investigate the local animal shelters. I am sure there must be an obstreperous black cat just waiting for a human patsy to boss about.