Interns are employed at my company. Students in their final year at college are given six month placements to give them some experience of the big, bad world of work (and on the company’s side to give those undesirable tasks, like filing and scanning and printing, to someone who is willing and eager to perform them. )

They are aged about twenty, I suppose.

At breakfast this morning the grown-ups table was full so I sat down at the intern table for my slice of toast and my boiled egg. Real butter on the toast – apparently margarine is 97% plastic.

One of the interns was holding forth about how clever he had been. He had been gifted a ticket to the Oxygen music festival, didn’t want to go, so had sold it on for a profit – well seeing as it was free, all proceeds were profit.

He then made the statement that perhaps he’d enjoy music festivals when he was forty and going through a mid life crisis. How all the students laughed. 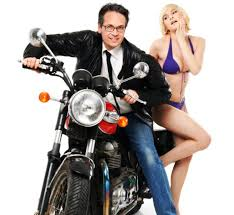 I nearly choked on my boiled egg.

I was about to squawk with indignation that forty is the new thirty, and that age is just as number, and that you are only as young as you feel, and whatever other cliché  the old swingers tell, to convince ourselves how we are still hip, (but not in need of a hip replacement).

I am forty two. I am aware that this is not old. But it’s middle aged for sure. Early middle age, my friends tell me, as we delude ourselves into thinking we are the cool cat daddies, doing the be-bop at the hop, the belles of the discotheque.

A couple of days ago I was wondering how come I had never visited all the interesting historical monuments and parks around Dublin, when I was in my early twenties. I came to the conclusion that it was because I was too busy carousing and going out as many nights as possible. I was a twenty-one year old gay boy in Dublin. Fresh off the green bus from Limerick. I had arrived. I was living in the city .

I was rather wild. Not in any outrageous way – I didn’t acquire any facial tattoos, or join a cult. But I partied.

I remember being in the George – Dublin’s premier homosexual emporium – on a Saturday night with my equally young friends, laughing about how if we were still single at forty that we needed to buy a B&B together in the country. So that we could enjoy our lonely twilight years with some companionship.

We most certainly weren’t going to end up like those desperate forty year olds, out on a Saturday night, acting as if they were cool.

I shudder in disbelief at the memory. Was I really that venal? Oh yes I was.
Are all twenty year olds that shallow? With some exceptions granted, of course they are – that’s what being twenty is all about.

I’m as old as those desperate forty year olds in the George. Good thing that I don’t feel desperate. Or care particularly.

Although I wouldn’t be caught rotten in a nightclub at midnight on a Saturday. All those people. All that noise. You wouldn’t be able to hold a proper conversation, now would you?